As FraserPop 3.0 is just days away.  We are getting really excited and I realised I haven't finished my FraserPop 2.0 blog posts so I wanted to share some of our experiences of this awesome event last year.

We loved FraserPop 2017 and were so excited to hear the staff say it was such a huge success they  would be making it a annual event, so as soon as the dates were announced for 2018 I put it in my diary.
FraserPop 2017 was our first con and definitely something we hope to attend every year.
2018 didn't disappoint, it was bigger and better, the students and staff did a fantastic job.  If you haven't been I highly recommend attending in 2019 which is going to be much, much bigger from the posts so far. 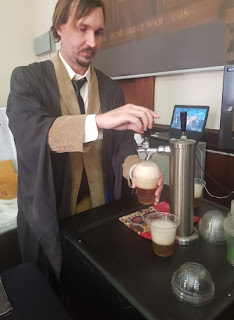 At FraserPop 2.0 one of the new things was The Store Of Requirement setting up in the room they used for the Doctor Who display in 2017.  This room is perfect for getting that Hogwarts feeling in a small space.  The boys enjoyed some Butter Beer and E bought himself some Gryffindor robes and a tie.
You can see my layout about the Butter Beer here.

It was really hard to get a good photo to show just how perfect this space is for this set up.  Hopefully I can get one this year. 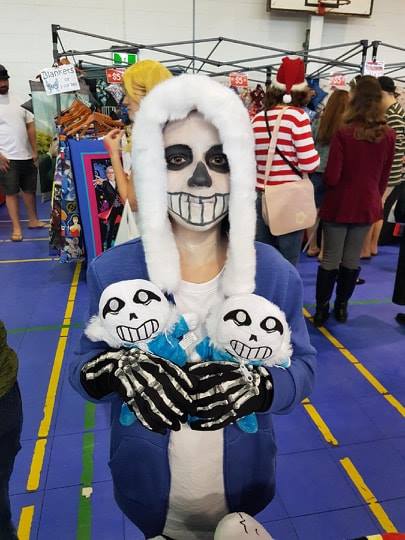 Day 1 of FraserPop 2.0 E wore his Sans cosplay that he wore to Supanova 2017, he added pink slippers to it to finish the look.  And C wore his 11th Doctor cosplay. 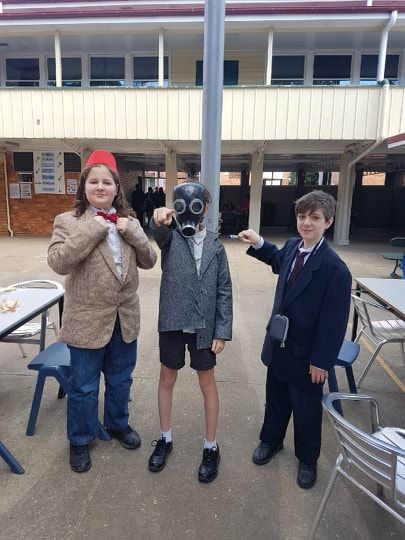 Day 2 the boys wore their 10th and 11th Doctor cosplays.
As C was growing his hair to donate it was at a length that was impossible to style how it was needed but he made do. His donation happened at the end February and he is feeling much lighter now, and looking forward to being able to style his hair at FraserPop 3.0.

When having some food we wound up sitting next to a family whose son was cosplaying The Empty Child so we got a pic of the 3 boys together. 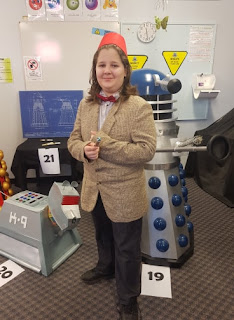 At FraserPop 2.0 they created a prop room which had all the Doctor Who stuff they kids had created including some wonderful new items like K-9 and Darleks as well as props from a wide variety of Pop Culture like Stranger Things, Goonies, Indiana Jones, Game of Throwns, etc. 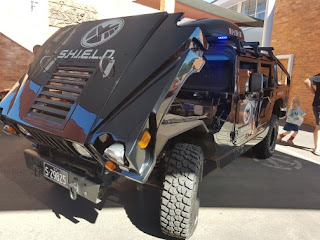 They created a transportation display which included the TARDIS the students built in 2017, a SHIELD vehicle, Delorian, Herbie Beetle, etc.
This year there will be a Batmobile. 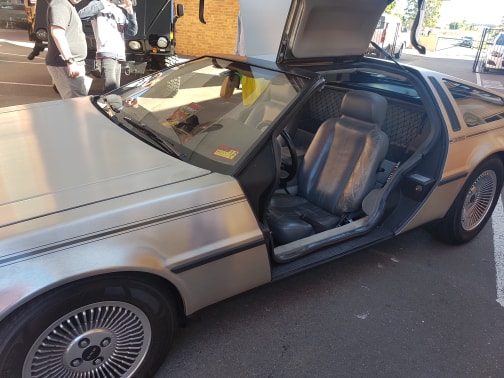 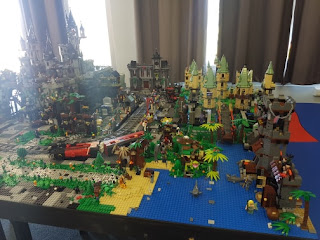 Brick Events set up a fantastic Lego Display and came back later in the year to do a full event at Maryborough State High School. 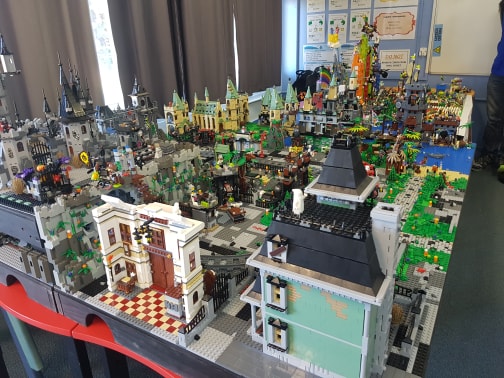 Other things we enjoyed included The Sons of Obiwan Saber Academy, 501st Redback Garrison, Laser Tag, VR, watching the Cosplay competition.  We missed out on tickets to the Mad Hatter's Tea Party that inspired my costume, I am hoping to get tickets this year to take my Granddaughter to it as my daughter and Granddaughter are visiting for FraserPop 3.

So do yourself a favour and check out FraserPop 3 this weekend, you will have a lot of fun.

I will post about my Cheshire Cat Cosplay I wore to FraserPop 2.0 soon, so watch this space.
Posted by dyspraxic organised scrapper at 07:46