First Week Of Elf Fun - without our Elf

Unfortunately our Elf has not arrived so I had to change the wording of the letter from Santa.
First I tried to make my own elf but with my hand issues I was unable to.

Oh just a note regarding my post for Preparing for Elf Fun At Our Home the Zentangle book I ordered the shop informed me was on back order from the US so would be unlikely to get here before Christmas, so instead I have ordered Zentangle for Kids from Book Despository, I have had to tweak my Elf Calendar a bit to accommodate delays in the Zentangle book and the fact our elf isn't here yet as I need to do things that don't require the elf until AusPost delivers him. 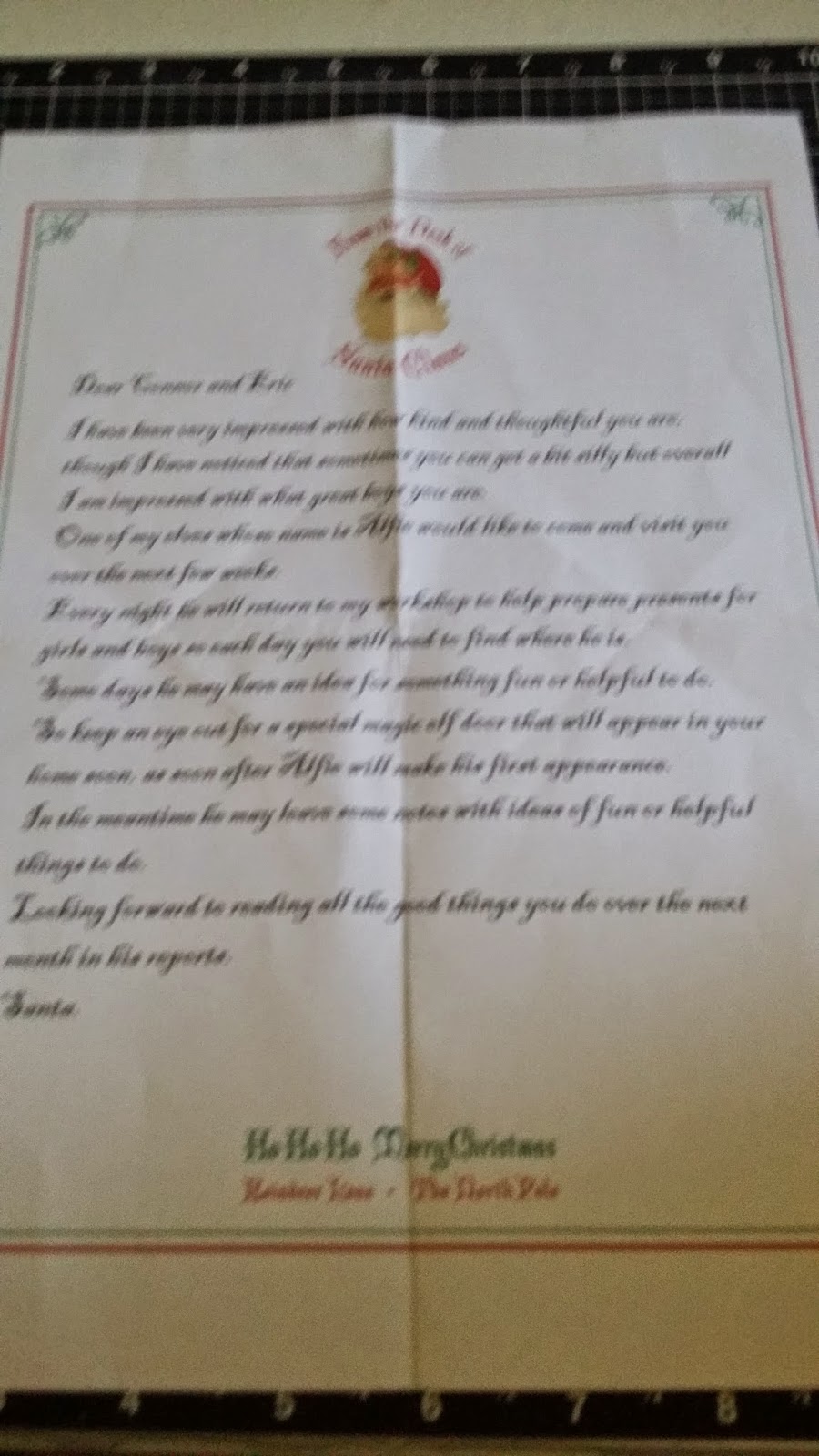 So on Friday November 28th instead of the door arriving and a letter in the mailbox from Santa saying he had put a Magic Elf Door in the house and one of his elves (Alfie) would be coming to stay with us on December 1st I didn't put the door up until December 1st and implied in the letter from Santa that the date Alfie would arrive to stay with us would be random but in the lead up he might leave things for us or leave notes with ideas. 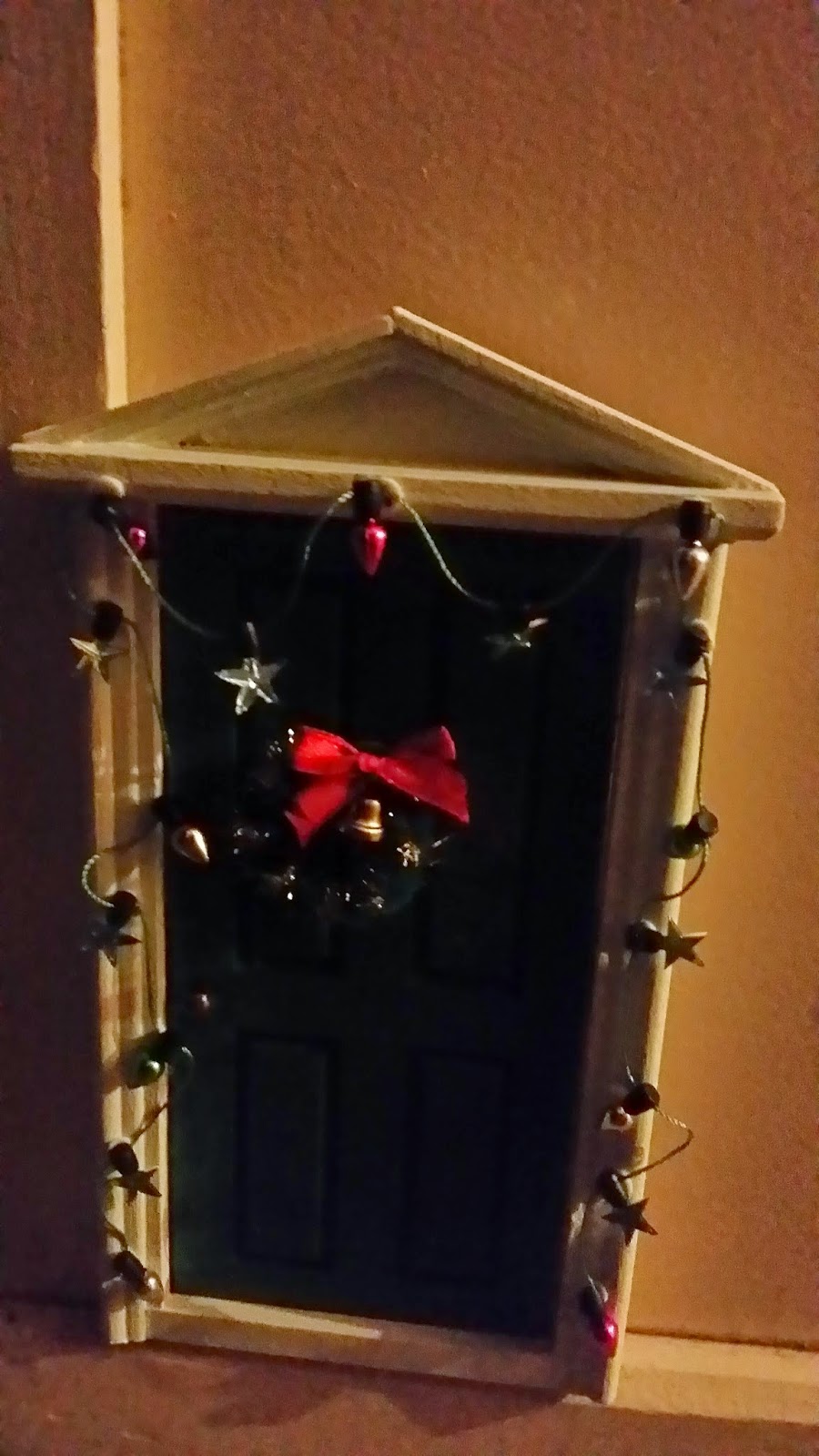 December 1st the door arrived as did the repaired (though I didn't notice a gold ball was missing off his crown and Mr 9.5 did) Nutcracker Advent Calendar my son fell in love with at the op-shop with a notecard from Santa.
My printer decided to play up so I had to hand write the card and Mr 9.5 being the little scientist that he is knew it was my writing despite my best efforts to disguise it.  As he was trying to figure it all out, whispering to me as he didn't want his little brother to hear I kept saying just enjoy the magic mate and he decided I suspect for my benefit to enjoy the magic and not pick it apart. 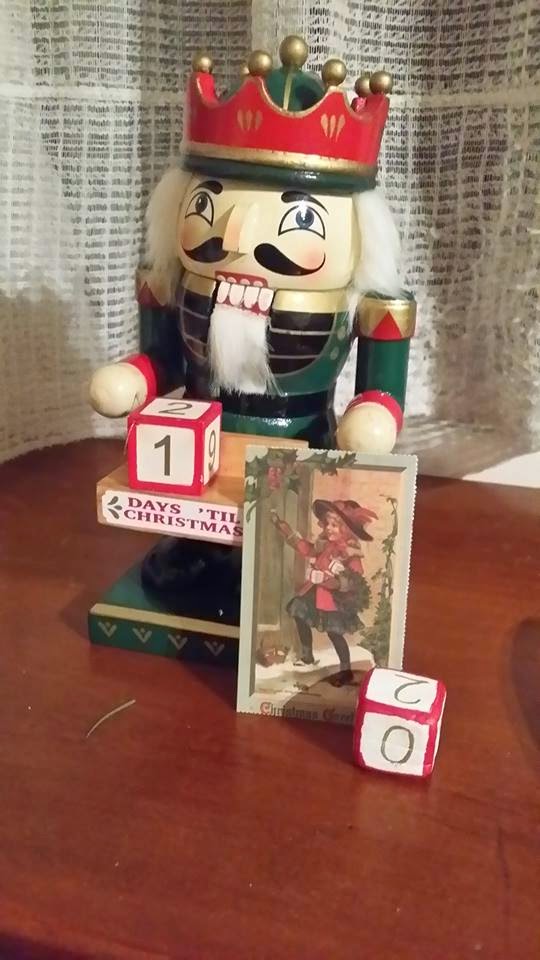 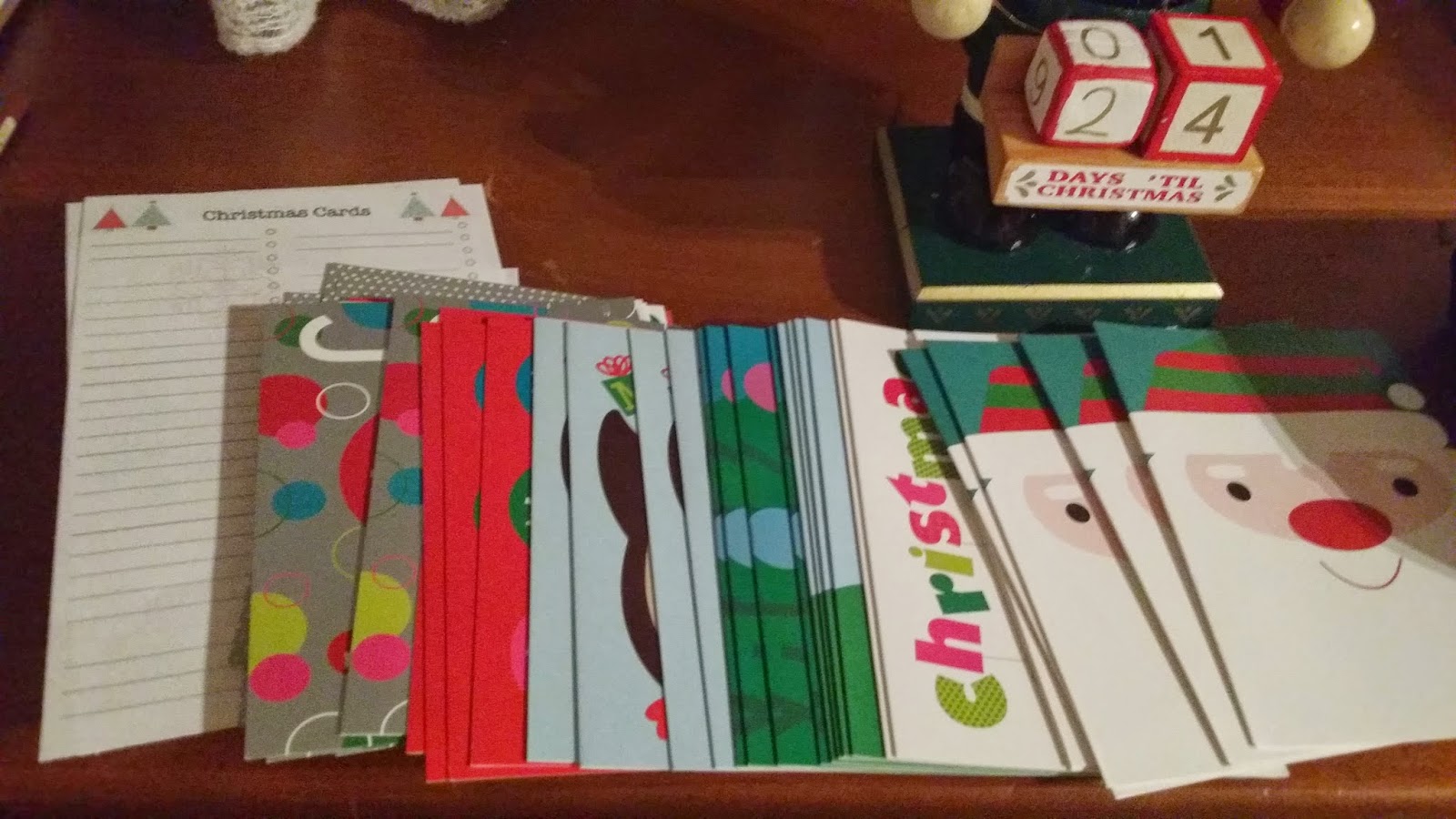 December 2nd Alfie left Christmas Cards and a Christmas Card List, they took their lists to school and wrote down all their classmates names and their friends in other classes, they then started writing out cards after school, but their lists are quiet large so finished after school on December 3rd. 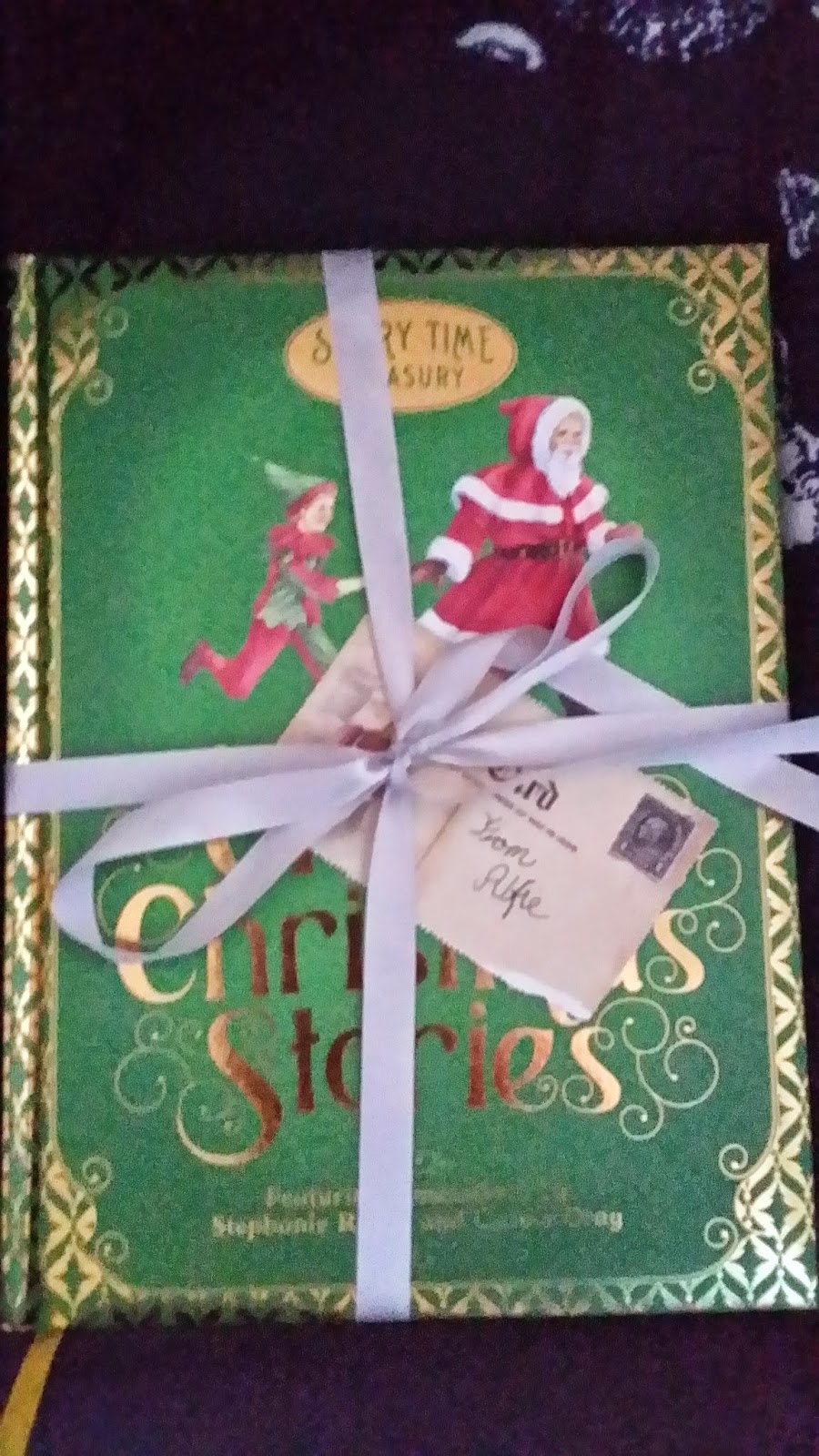 December 3rd various dramas meant that steps that needed to occur for Alfie to be able to leave the tree and decorations out did not get done so instead he left a book of Christmas stories I found on Monday while they were at school. 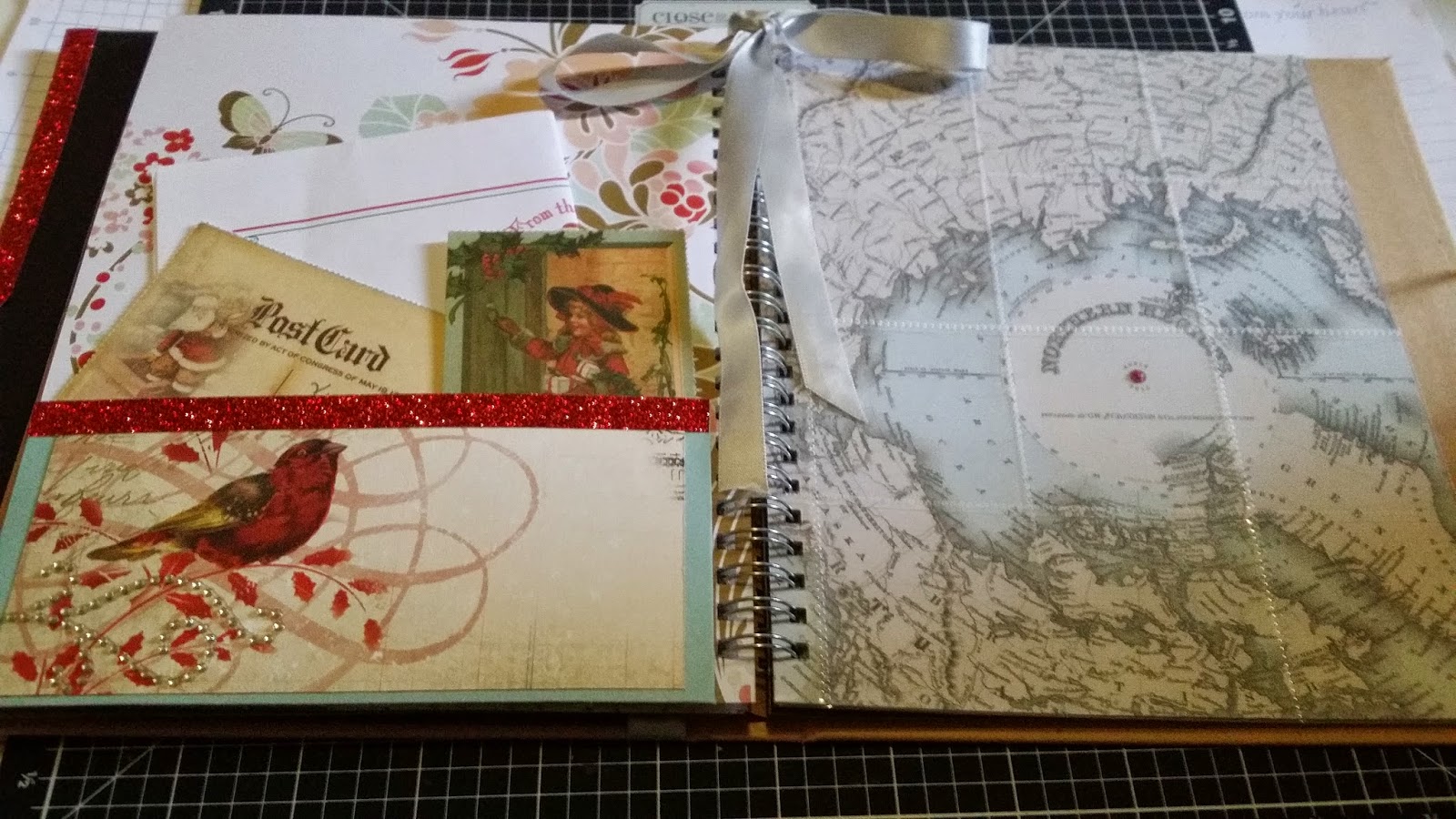 I created a pocket in my December Project for the notes and cards Alfie and Santa leave that is opposite the 12 pocket page that I will use for photos.  The Silver Ribbon used on the book has been used to decorate the cover of my project and the off-cut has been used to tie a bow on the top ring where the pocket it to act as a page marker and decorate a little. 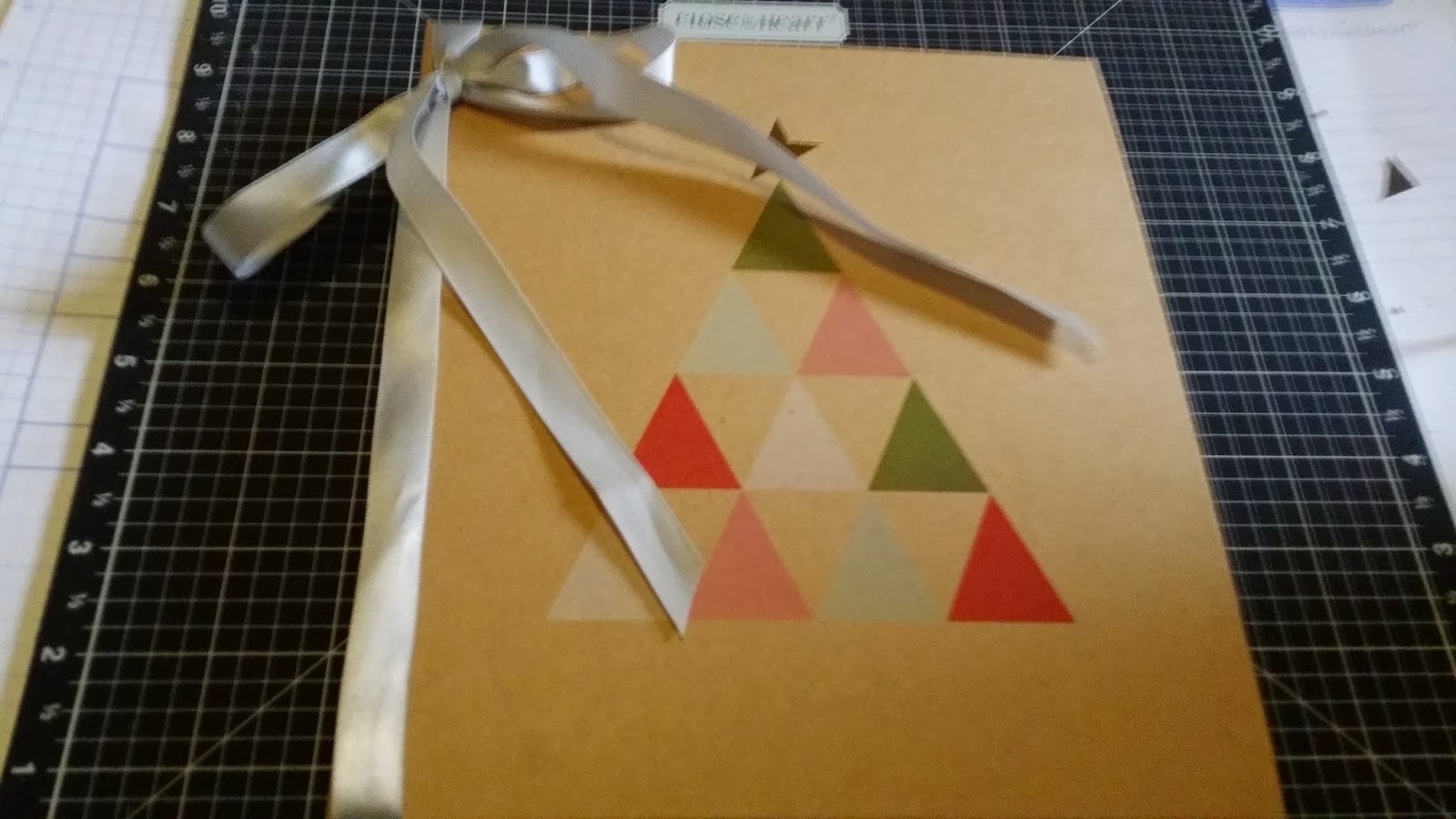 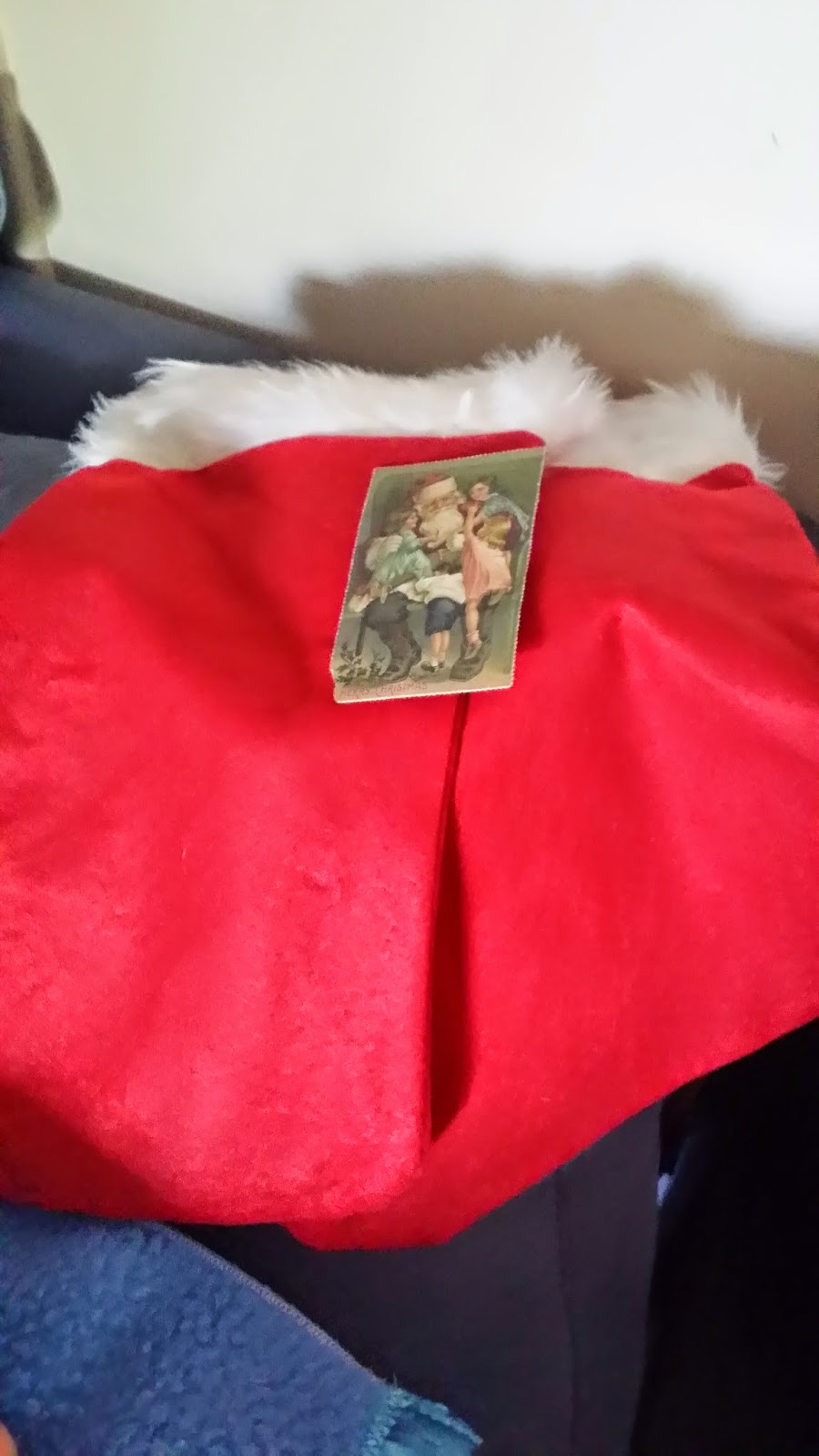 December 4th Alfie left a new plain basic stocking for each boy with a notecard saying St Nick comes soon, I thought these would be handy to hang out for him Friday night. 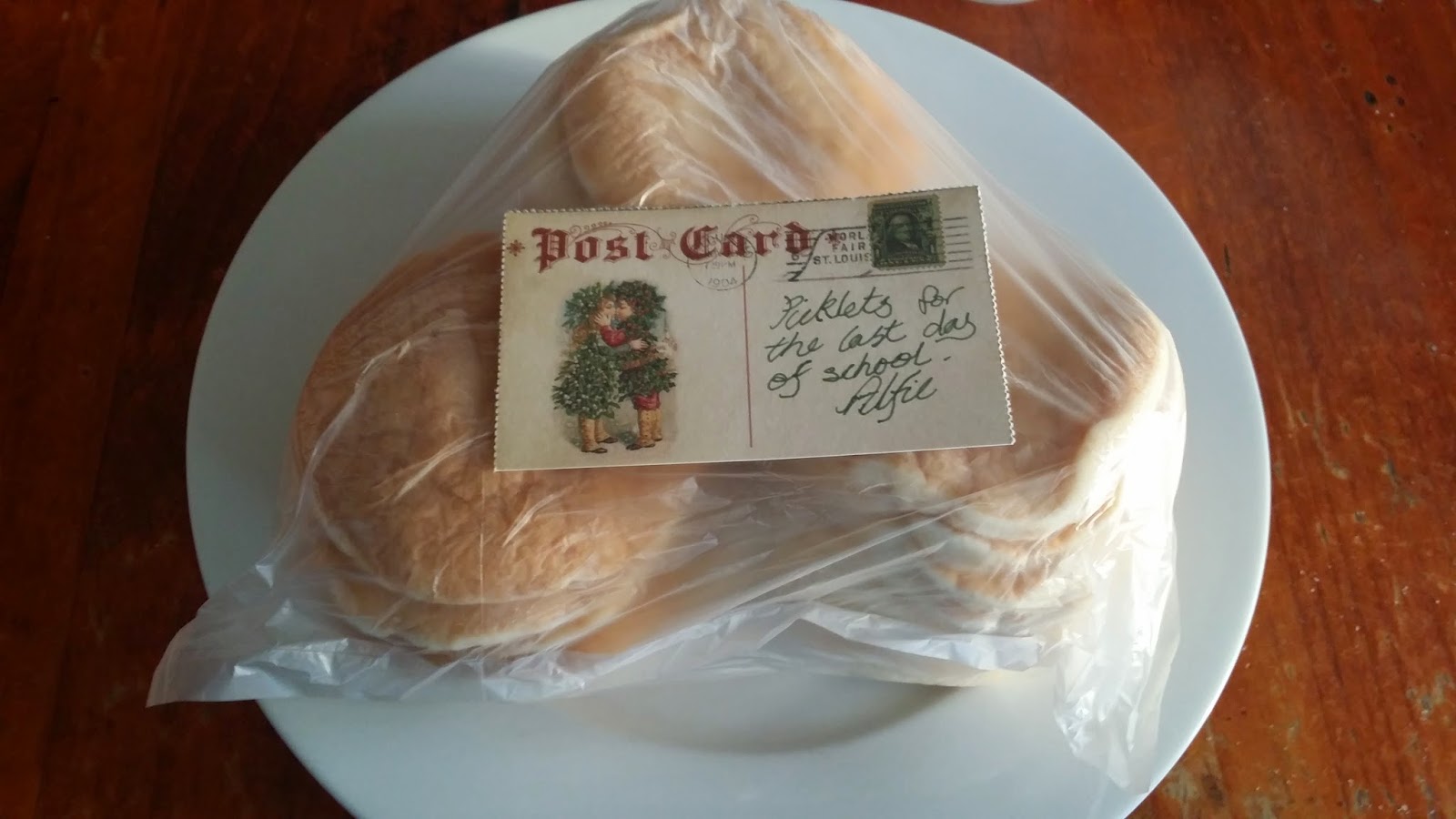 December 5th Alfie left Pikelets for the boys breakfast on their last day of school. 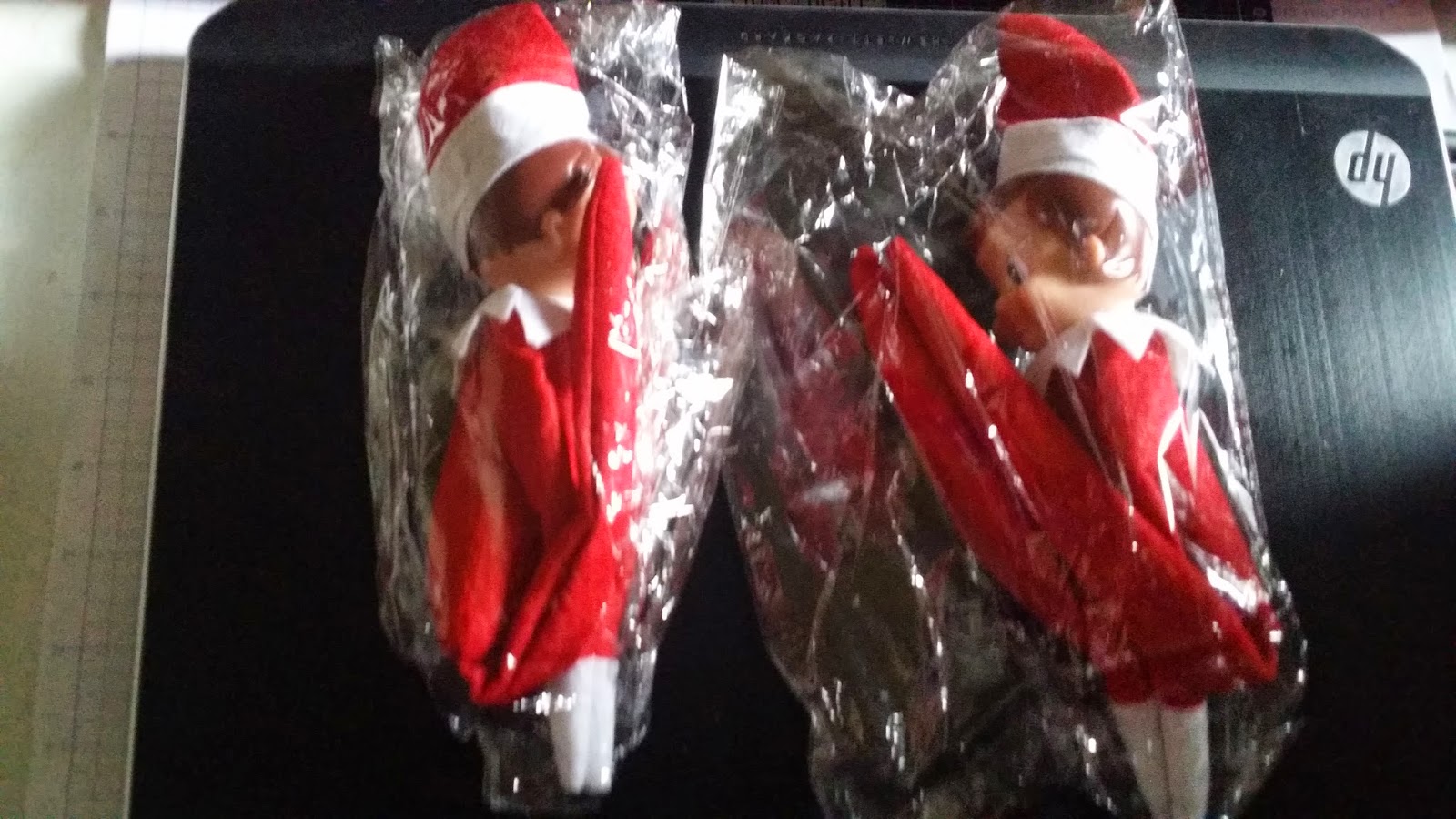 Also on December 5th the postie delivered the parcel that had the elves for the boys teacher gifts in at just before 10am so I quickly organised a USB for each teacher full of links to blogs, websites and photos of ideas for in the classroom, wrapped it and got to the school for the 12pm pick up.
Unfortunately the elf I ordered for us before ordering these has still not arrived. 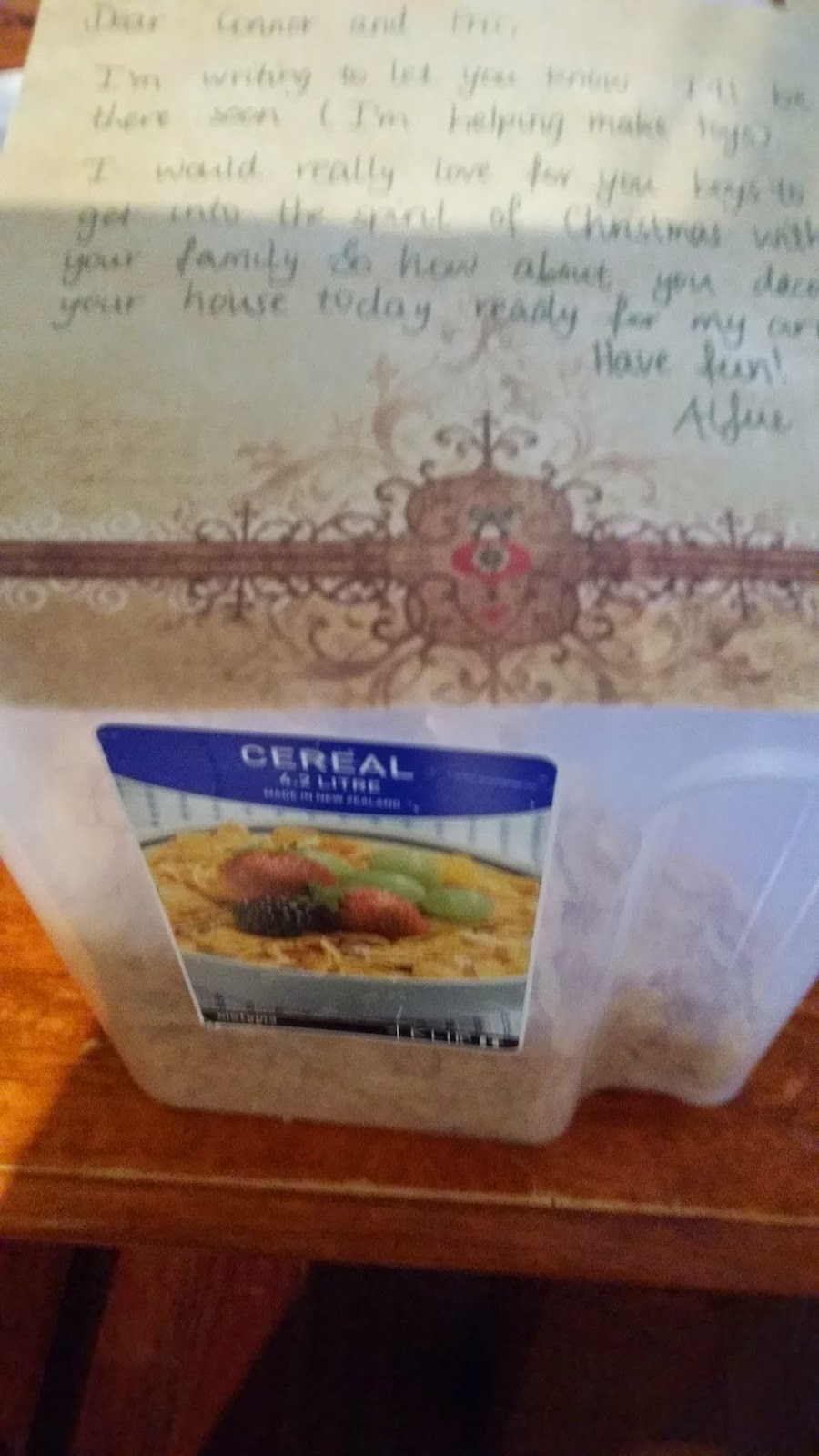 December 6th as St Nick was leaving the boys nuts and Spekulatius Alfie left a note on top of the cornflakes in the pantry suggesting we get decorating, hubby has been sick so the tree and decorations have been delayed in coming out of the cupboard which is too high for me. 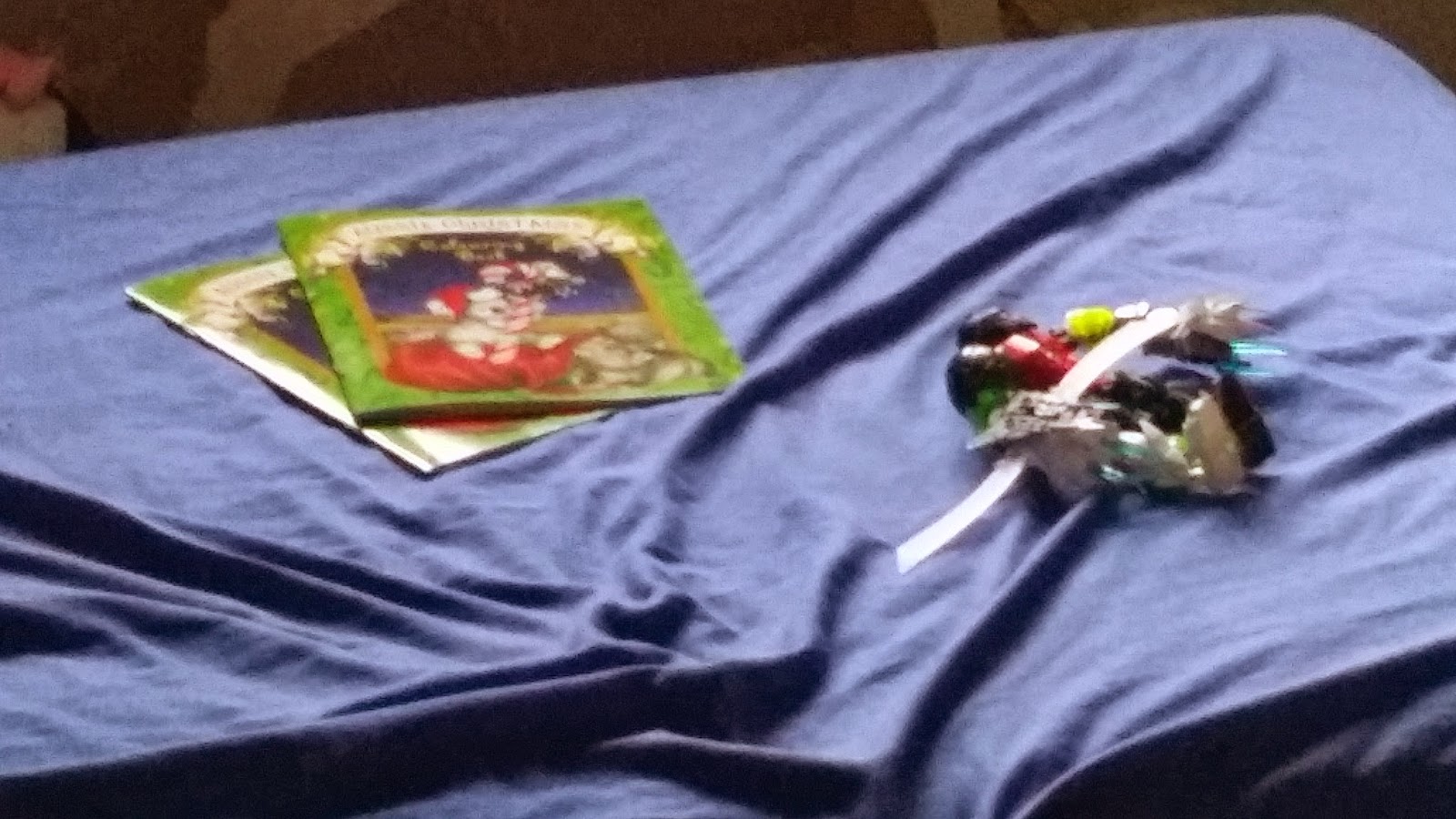 December 7th Mr 9.5 had a sleep over last night so Alfie just left a Aussie Christmas Colouring Book on his bed for each boy (Mr 8 had been playing with Bionicles before bed).


All notes have continued to go into my December Project, the boys are happily putting them in for me.


Posted by dyspraxic organised scrapper at 12:59