Hubby has been having lots of fun helping, he does the more fun things like Alfie playing PS3 or board games or colouring in. 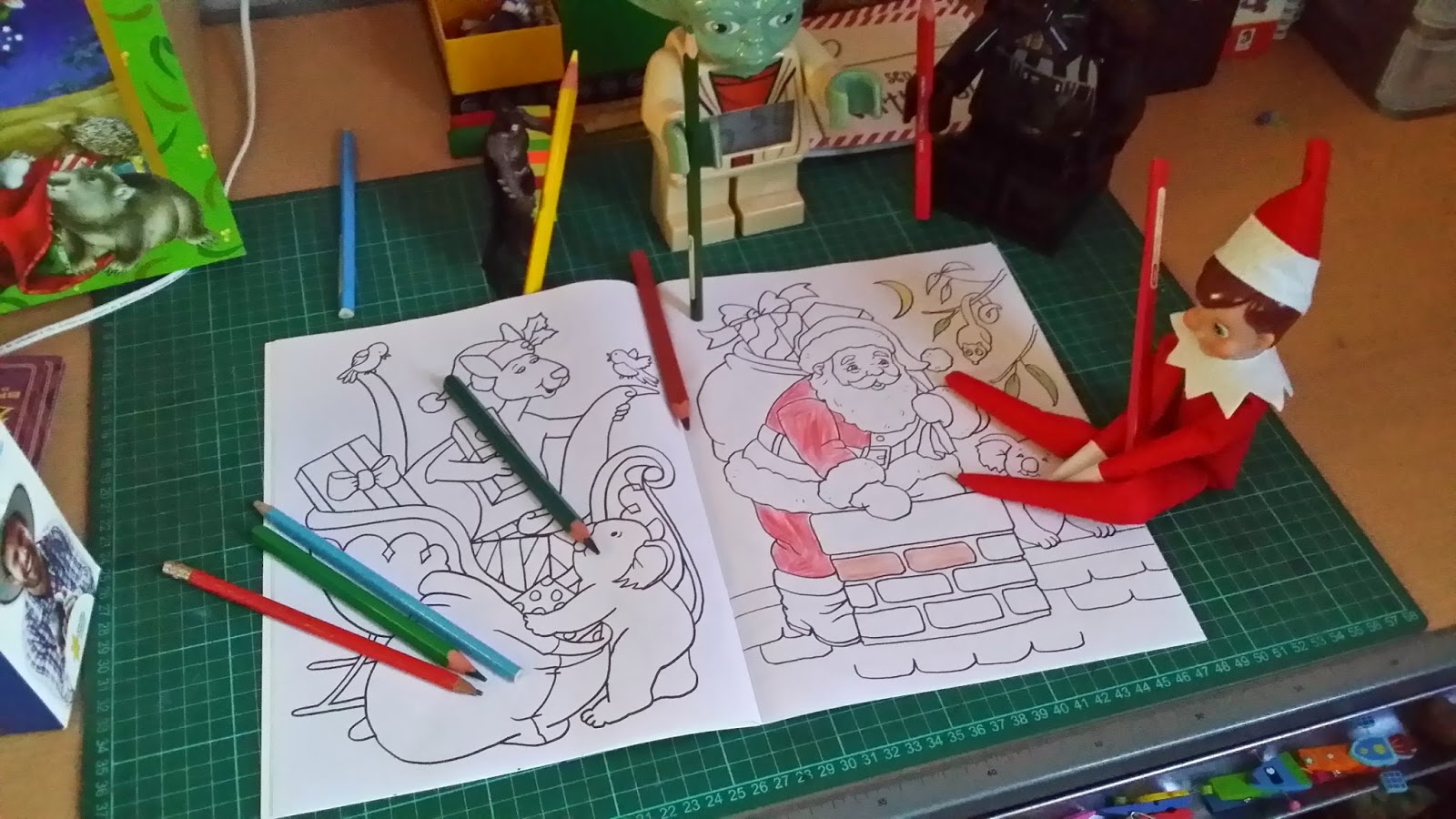 December 15th Alfie, Yoda, Darth and Batman all decided to have some fun colouring in one of the boy's Christmas colouring books. 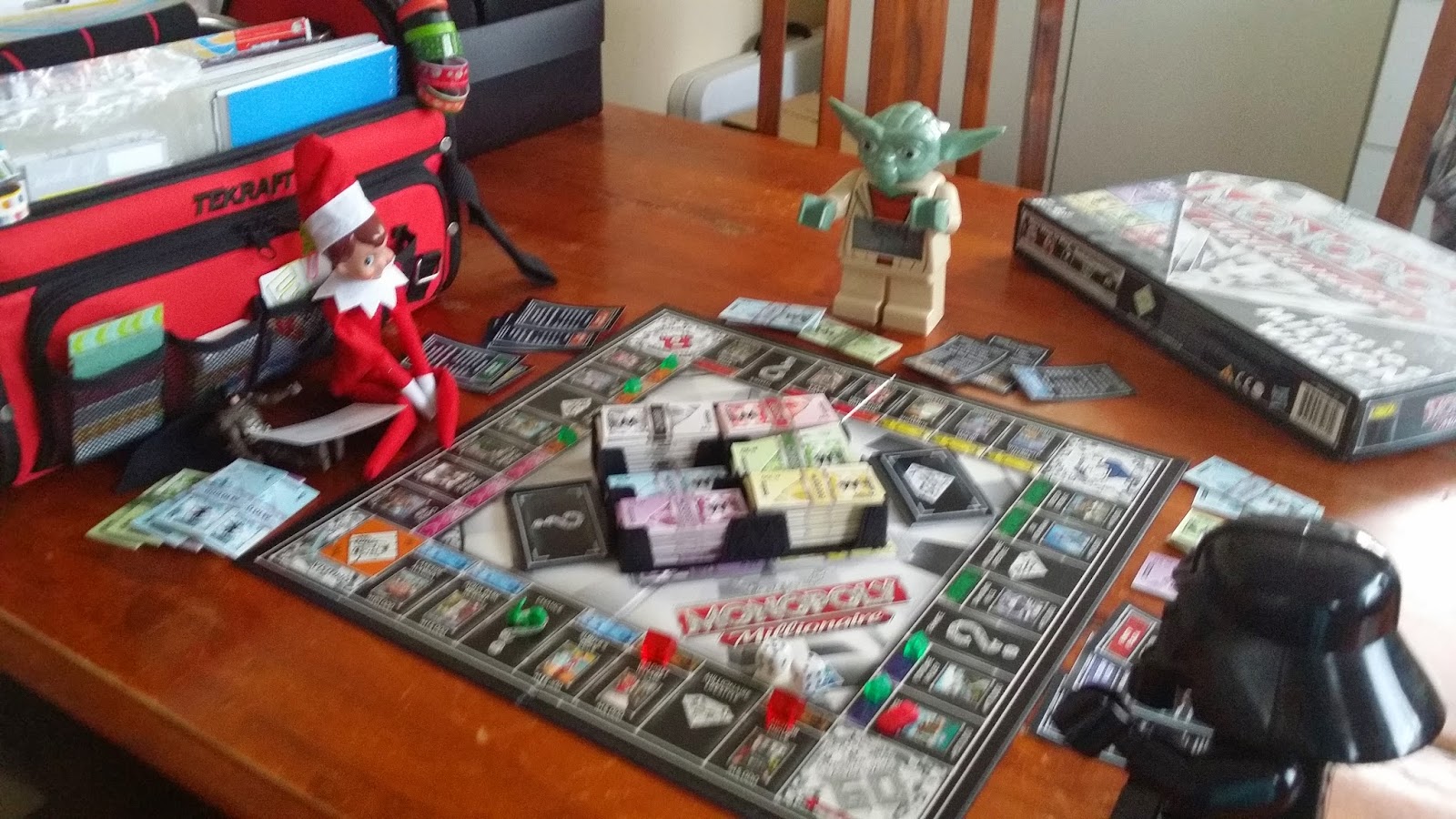 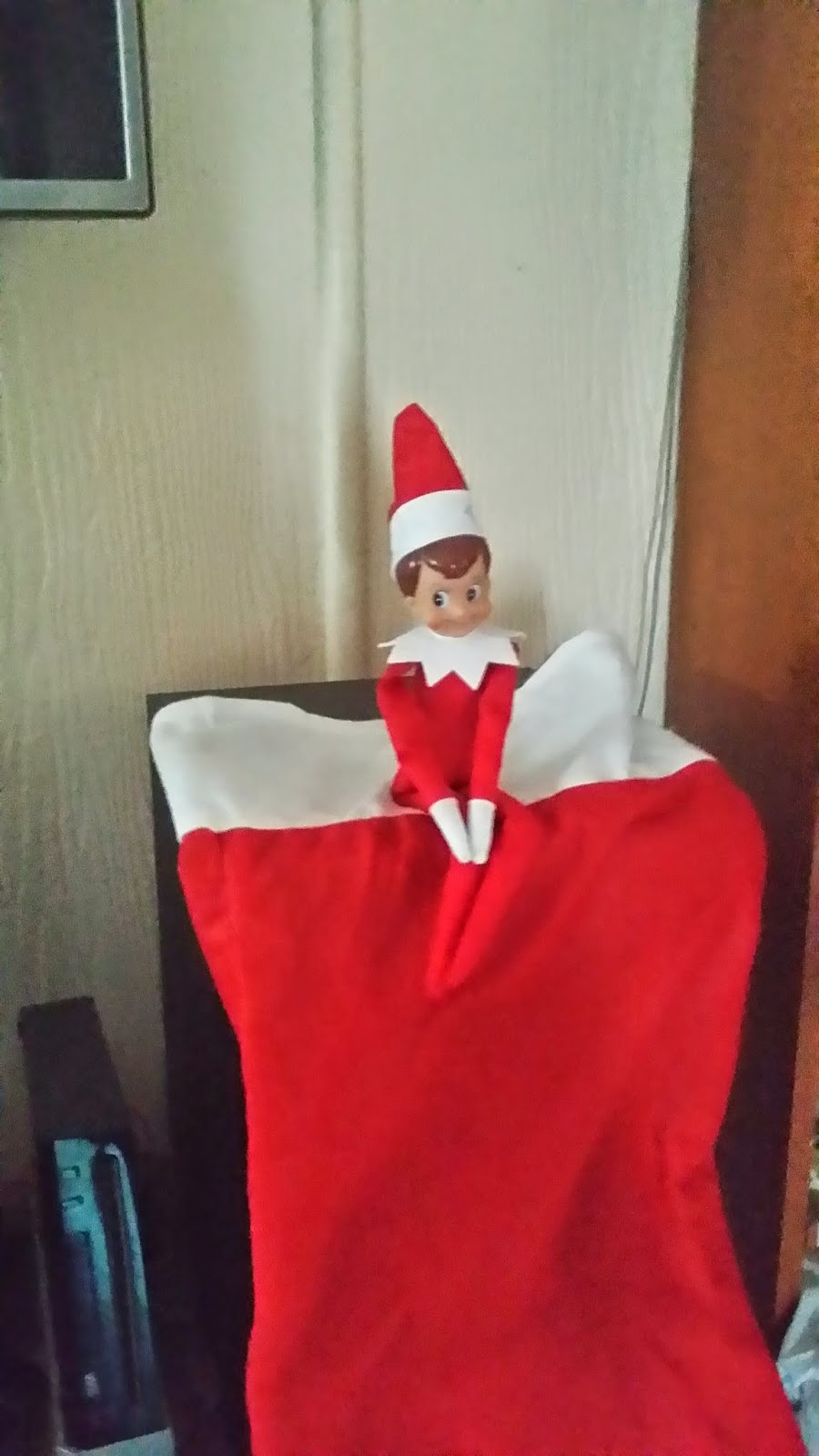 We had planned on putting up our tree during the Feast of St Nick but certain events prevented this.
December 17th Alfie prompted us to finally put up our tree.


December 18th Alfie had fun hiding in the tree, unfortunately I accidentally deleted the photo before saving it to the computer so I will have to repose him for my album.
I am hoping next year I will be more used to this and not forget to take photos or accidentally delete them. 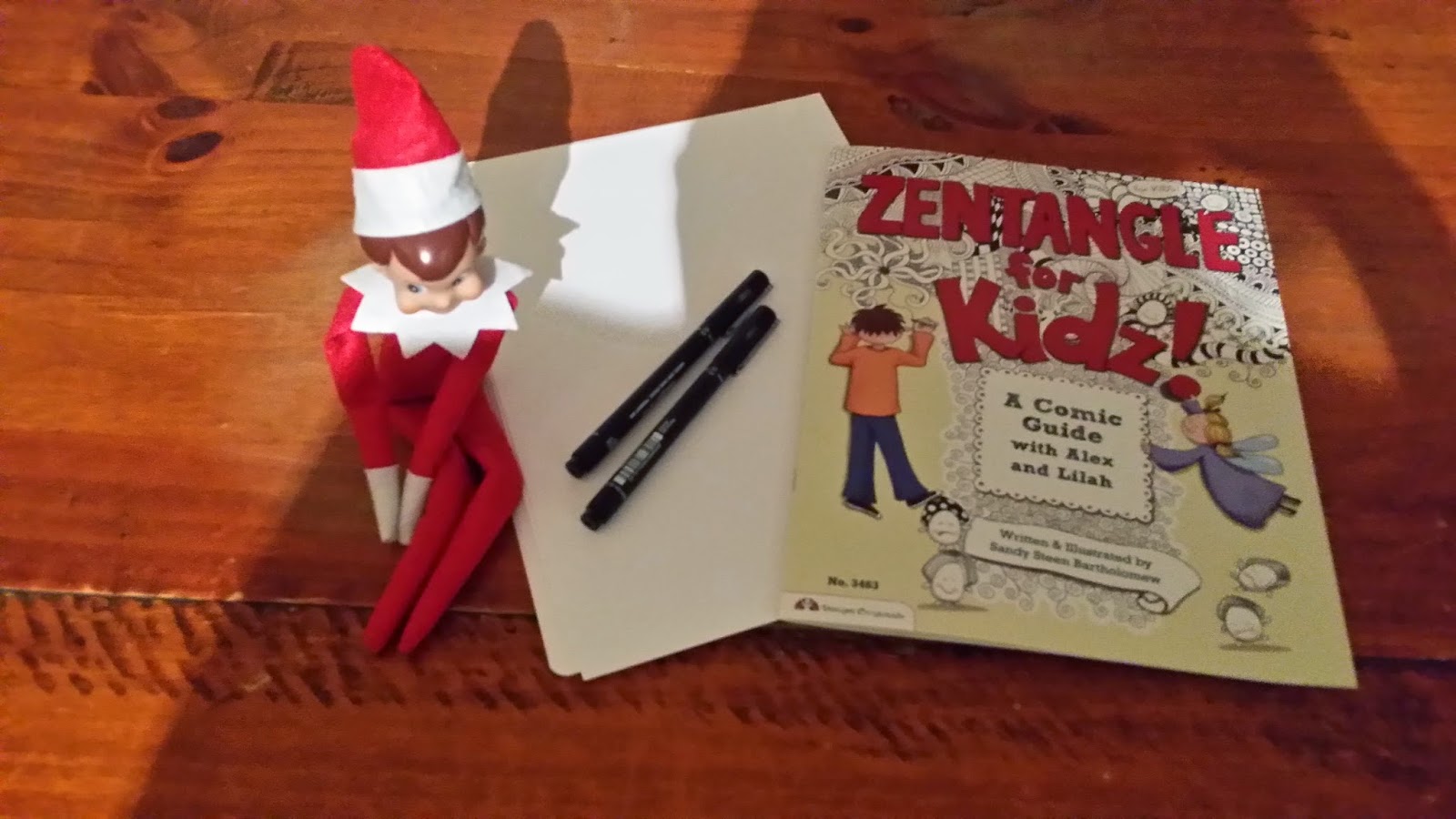 December 19th Alfie brought a Zentangle book and a pen for each boy so they could learn to Zentangle.
Mum joined in the fun and her wobbly hand made for some very wobbly squares. 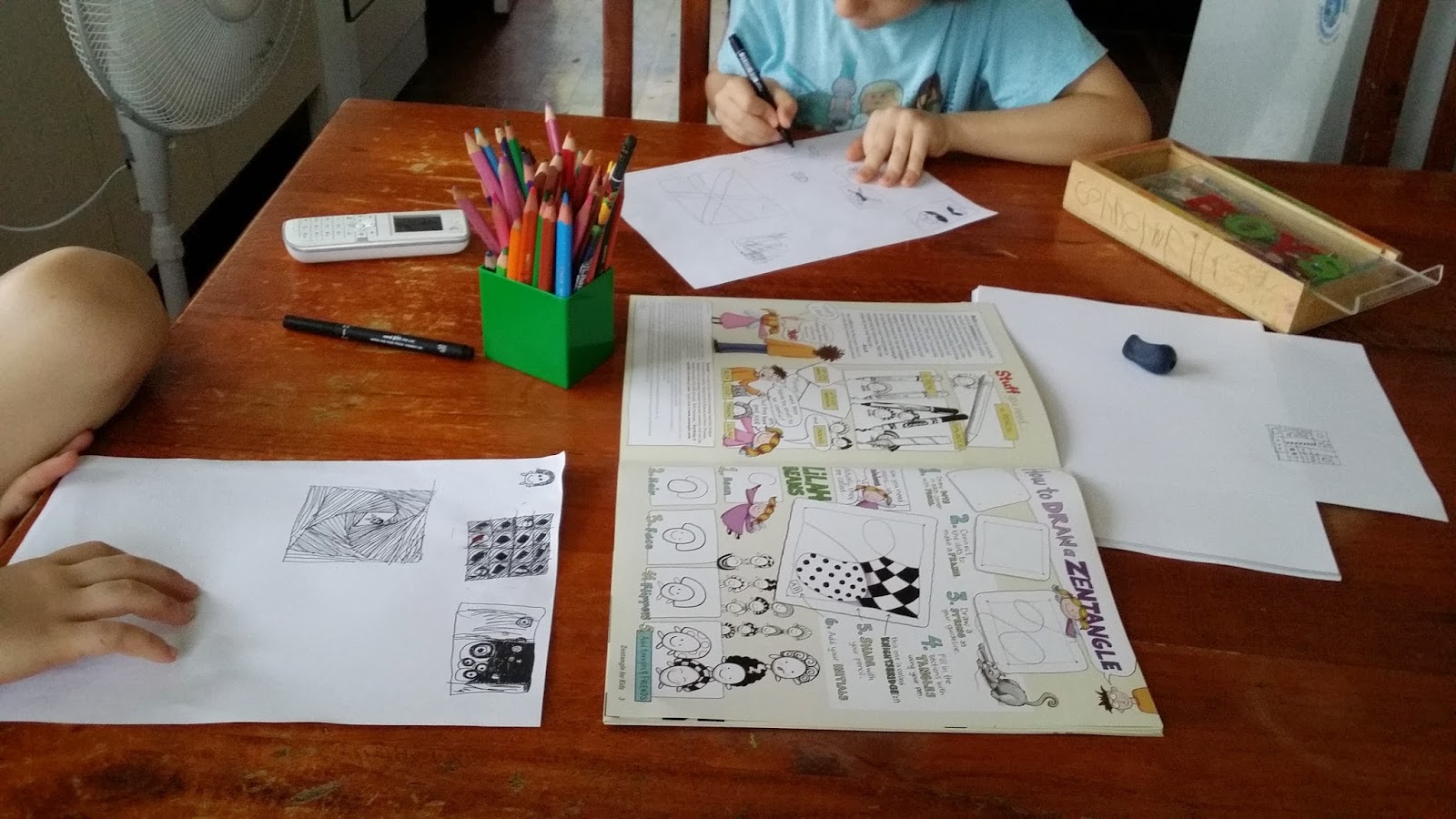 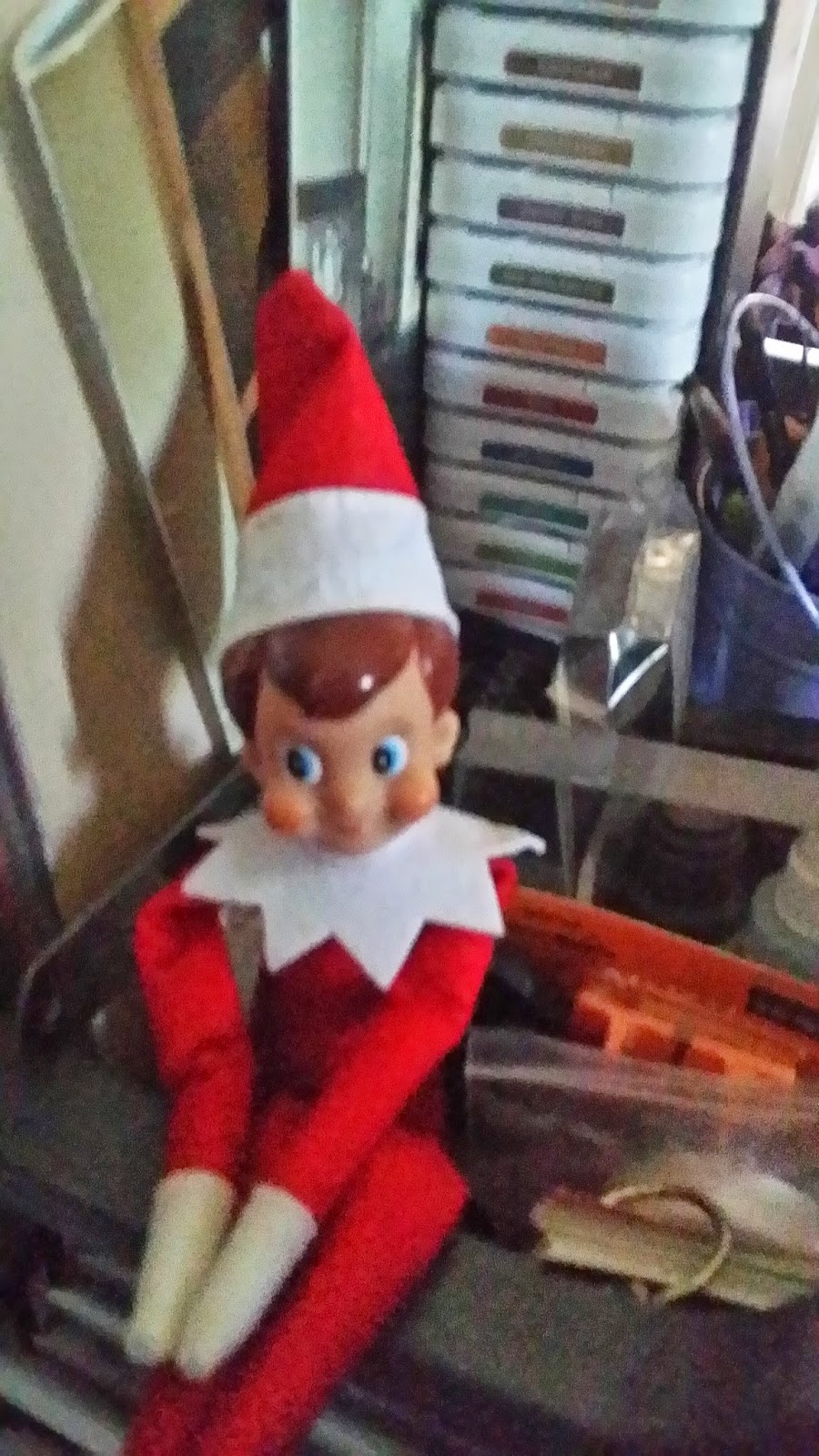 At 224am on December 20th I realised Alfie hadn't moved, half asleep I couldn't think of what Alfie was meant to be doing so he sat in my Scrapbooking Workshop Cart. 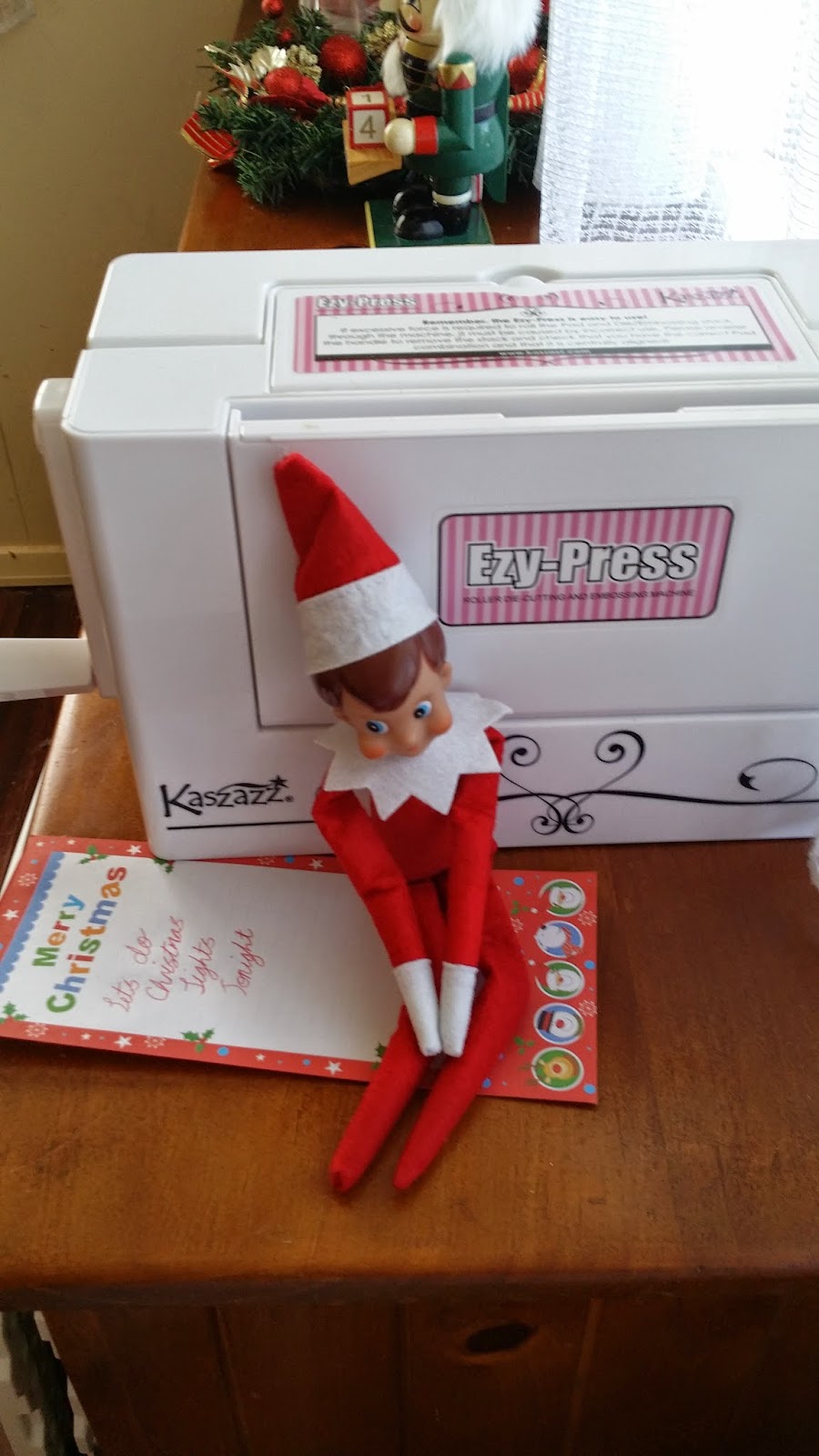 December 21st I did it again 517am I realised Alfie had not moved, note my boys are usually up by 5am at the latest during Summer but big sister kept them up watching Disney movies so they slept in until after 7am.
Alfie brought a note prompting we go look at Christmas Lights.
The boys seem to of forgotten we look at people's Christmas Lights each year and thought he meant they should plug our tree lights in and turn them on all day.
Posted by dyspraxic organised scrapper at 05:53