Our second week of Elf Fun 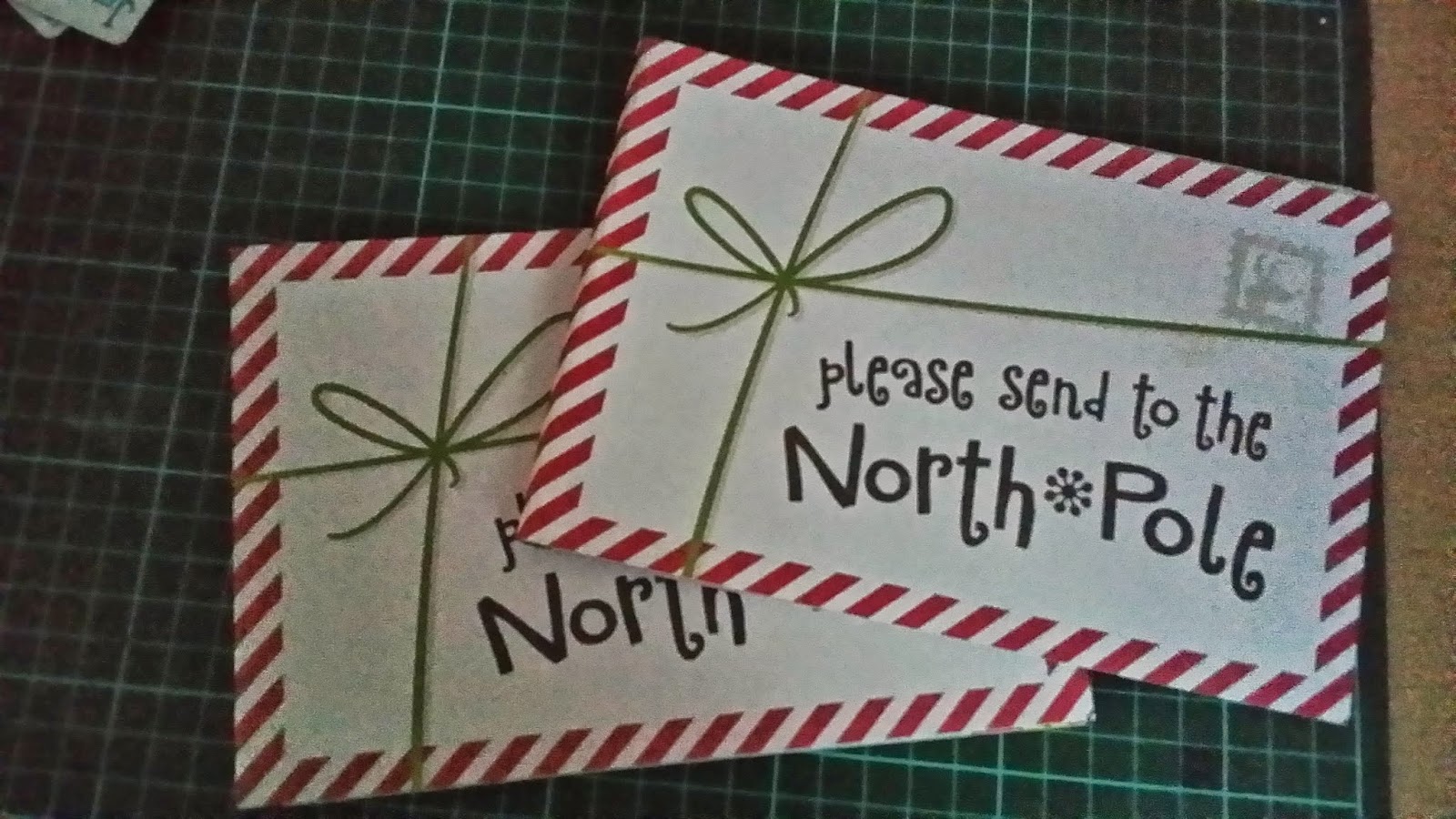 Also on December 8th the Postie delivered our elf while I was at a appointment with my 17yr.  YAY 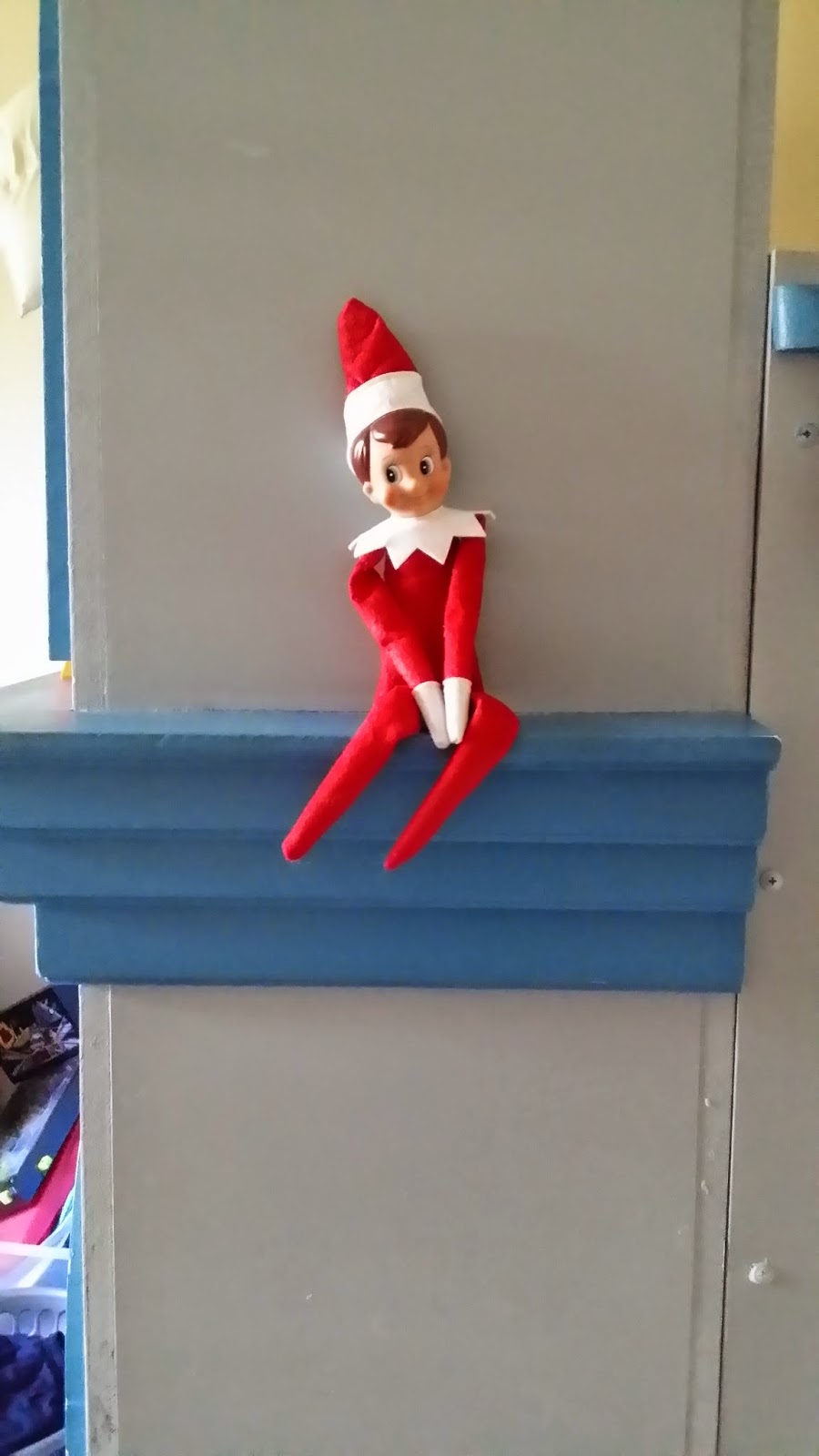 December 9th Alfie makes his first appearance.  I went with just him sitting on the edging of the bunk.
Mr 8 says that as he has no hands or feet he can't be Santa's Elf and they have both commented on the fact he looks like a toy with a face painted on.
I explained that most families who have a elf visit have ones that look like this, some families have more than one elf, some families have elves that are made of felt or wool, some have a elf like this and a elf made of felt, etc.
Think I may have to try putting together the felt elf kit I got in case he didn't arrive so there are 2 kinds of elves visiting us.


December 10th I had a huge day, we had Specialist appointments 120ks from home and I was only back in our town for 20mins (just enough time to organise dinner) before having to hit the road to take Miss 19 to a gig in the next town over.  I fell asleep soon after getting home, so when I realised Alfie hadn't moved I just popped him on a shelf in the lounge but forgot to take a photo.
I think I will repose him for this and hugging Batman (see December 12th) when the boys are off visiting their big sister or Grandparents so I can include the pics in my December Project. 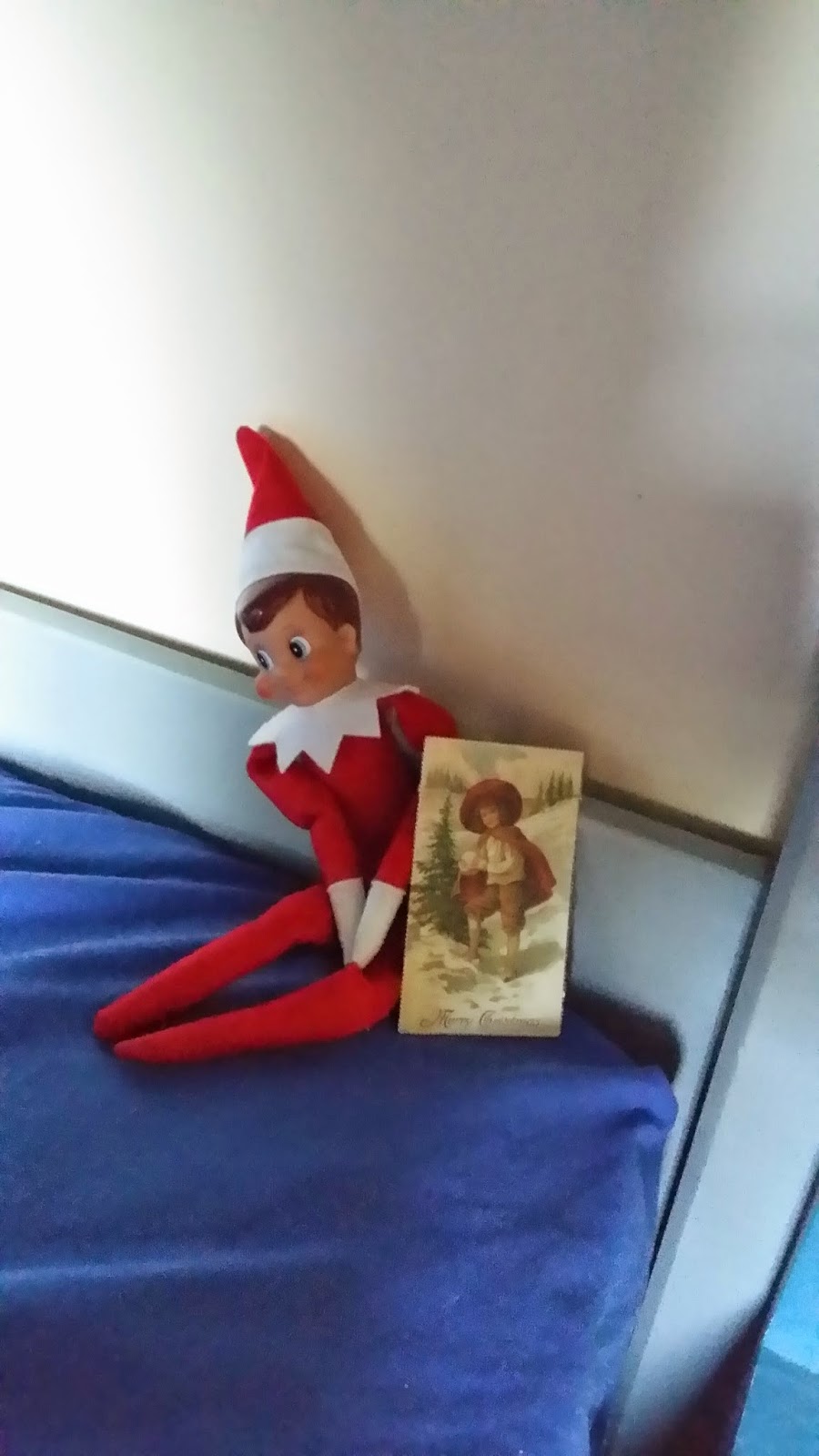 December 11th a cheeky Alfie hopped into Mr 8's bed and had a notecard suggesting they visit Santa and have a photo with him. 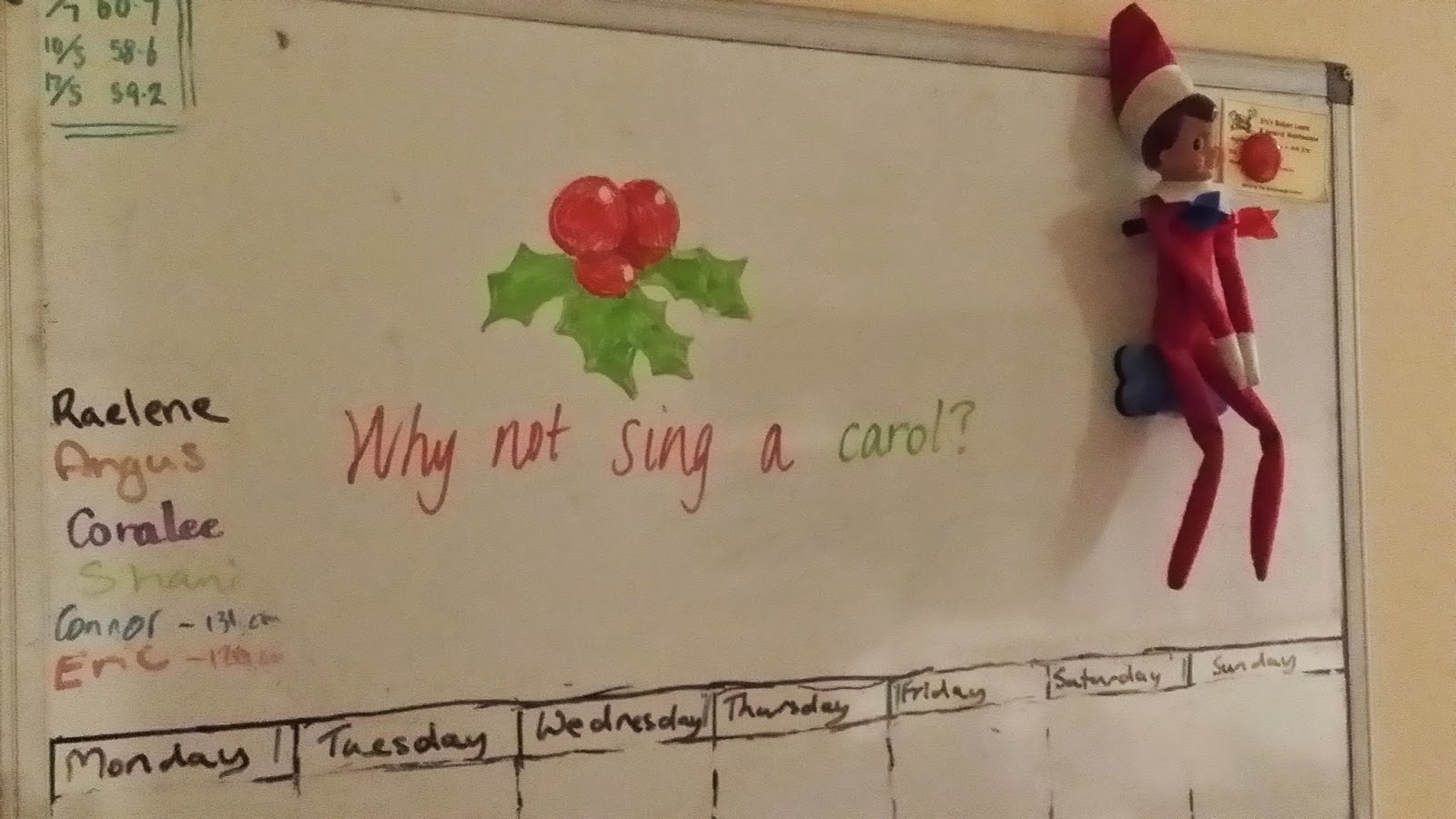 December 12th Alfie set himself up on the Kitchen Whiteboard and suggested they sing a carol.
Holly and message by my 17yr.
I forgot to take a pic but later in the morning Alfie moved back the the bunk and was giving Batman a hug. 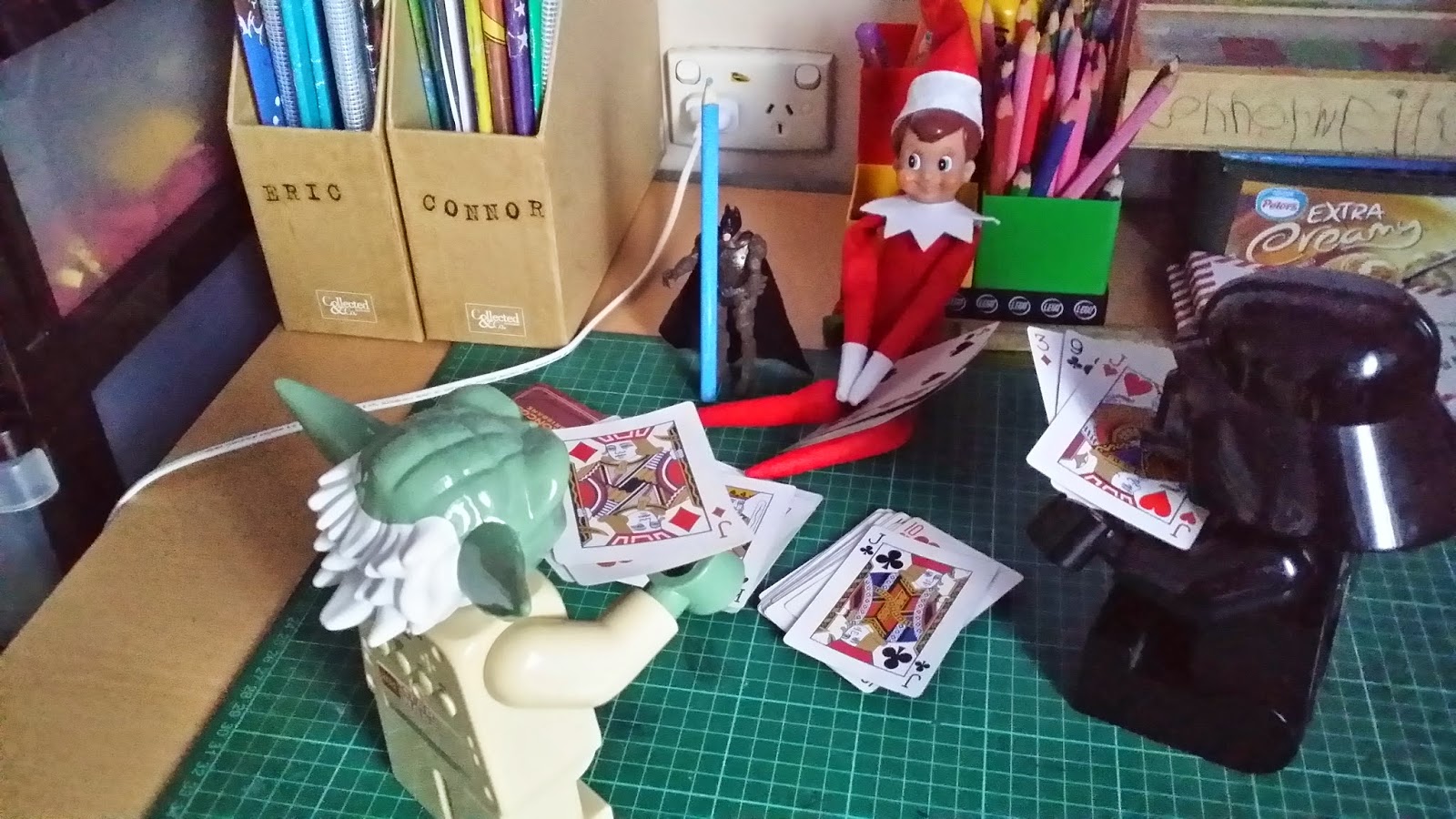 December 13th Alfie is playing Go Fish with Yoda and Darth lego clocks on the boys desk.  Batman is there to supervise.

December 14th I forgot to take a photo but he was playing PS3 with Darth, Yoda and Batman.

After spending a week trying to find the time to repose the photos I missed I have decided this post has waited long enough to be published.
Hopefully I can repose them soon so they can go in the album.

Posted by dyspraxic organised scrapper at 07:05