Rainbow Looming with my boys


The boys Occupational Therapist recommended they do Rainbow Looming at our last session so at first I just got them a starter set and 2 extra packs.
Their hands have gotten weaker over the last year so OT is being upped.
Mr 8 needed a fair bit of help mastering the basics with how weak his hands are but we had fun making bracelets.
As with all their OT things having to do it makes it then become boring or a chore (just like Play Doh, Kerplunk, pick up sticks, and the list goes on), so they lost interest.
I utilised Youtube to show them all the cool stuff they can make.  Including Minecraft stuff, Marvel Superheros, Dr Who, etc. 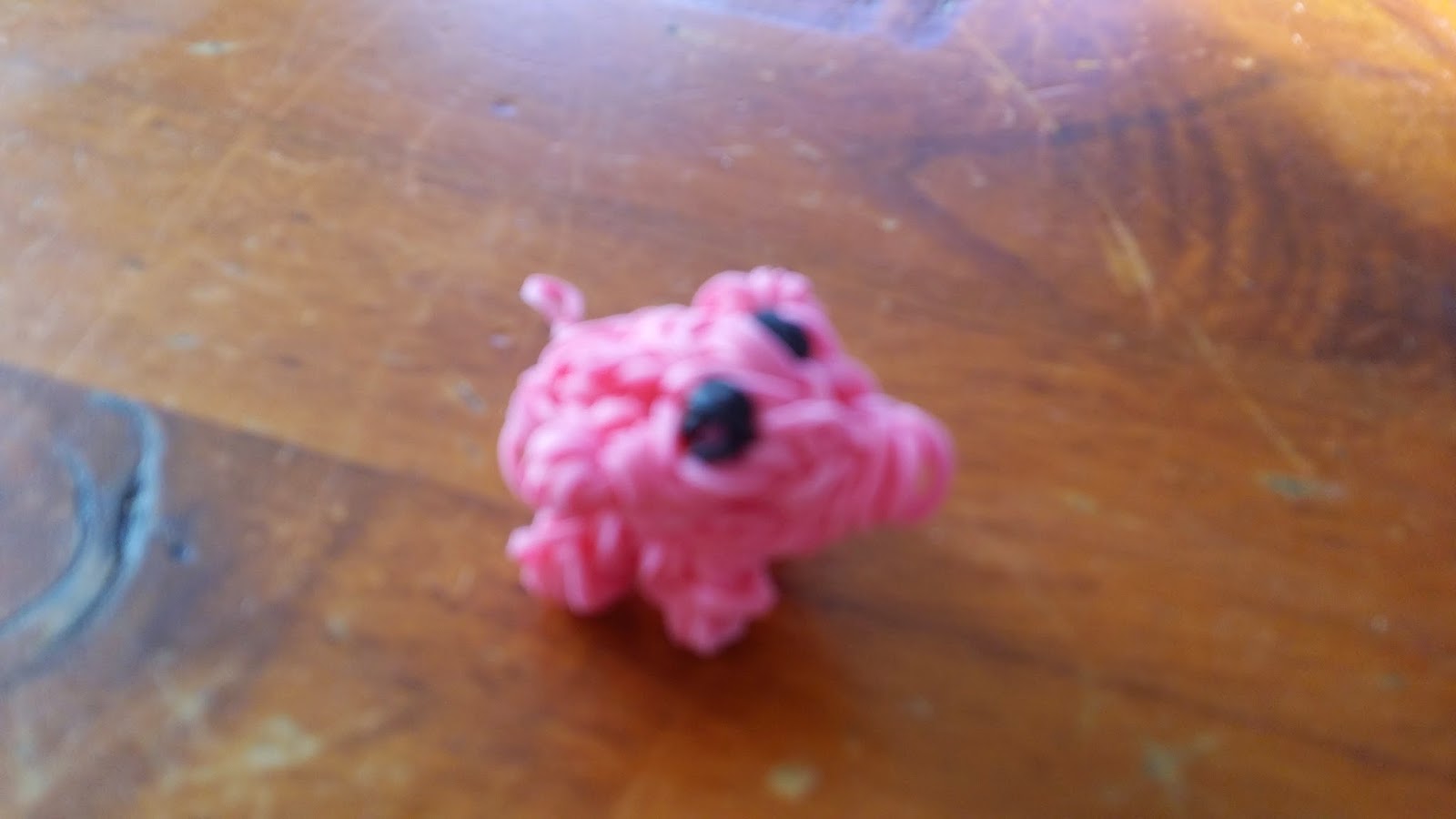 I used every pink in the starter set making a Minecraft Pig to show them they could do it and this got them excited.  Follow the link to the tutorial I followed.


The following day I went to my local stockist where I got the starter set and 2 extra packs (which at this time only the kids had used the extra sets not myself silly me), the staff had told me the loom band packs were Rainbow Loom brand that was re-branded for their chain.  I had a list of 7 colours needed to make all the Minecraft stuff they wanted to, this didn't include colours for Marvel or Dr Who.  They had a special, Buy 10 packs and get a starter set for 1cent so I grabbed 3 more in addition to the 7.
Here is a list of what I bought: Navy, Sky Blue, 2 Black, 2 Dark green, Red, Pink, Cream & Brown.
I sorted out the mixed pack that came with both starter sets and put red with the red from the extra packs I bought, black with the black from the extra packs I bought, etc.
I then set to work making a pig with the pink and that is when I discovered the lie of the stockist.  These bands were very inferior (they charge above RRP for genuine for knock offs).  They snap really easily (which is dangerous) and have a different feel to them.
I have sent a complaint to the Stockist head office and to Rainbow Loom.
I was able to separate off the knock off pink from the genuine as there is a slight colour variation but I can't sort the black and red as they are identical and well I bought 2 extra packs of each so there are a lot of bands to sort through. 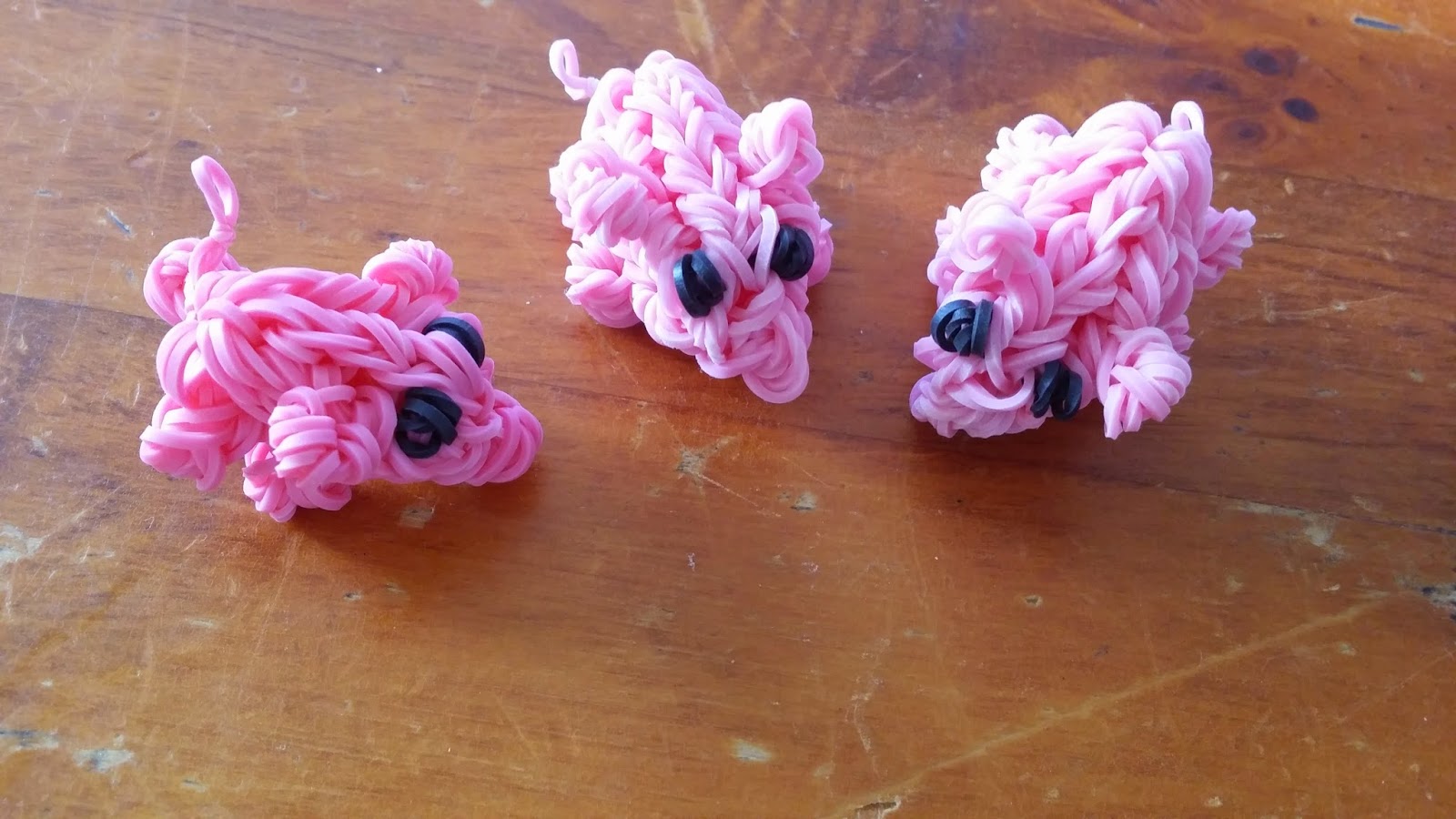 It is great having 2 looms, I set my laptop up on the dining table and Mr 8 and I had a loom each, we did each step together to make a pig each that way when he had difficulty I knew exactly where he was up to and how it should look so I could fix it for him, there were a few steps he needed me to do as they were too difficult for him but he did 90% of his pig himself and he is very proud of his pig.  He used the knock off bands in this project as it was while making this that we discovered they were knock offs and I sorted the genuine from knock off pink.

Here is the Video of My Budget Loom Band Storage.
I have since added a monster loom and I have sorted the mixed pack from it into individual colours so now there are snack bags on top of the knock off bands with the genuine in for the boys to use and I will use up the knock offs making things so there is no risk of one snapping and hitting a child in the face (wearing glasses while I work with them). 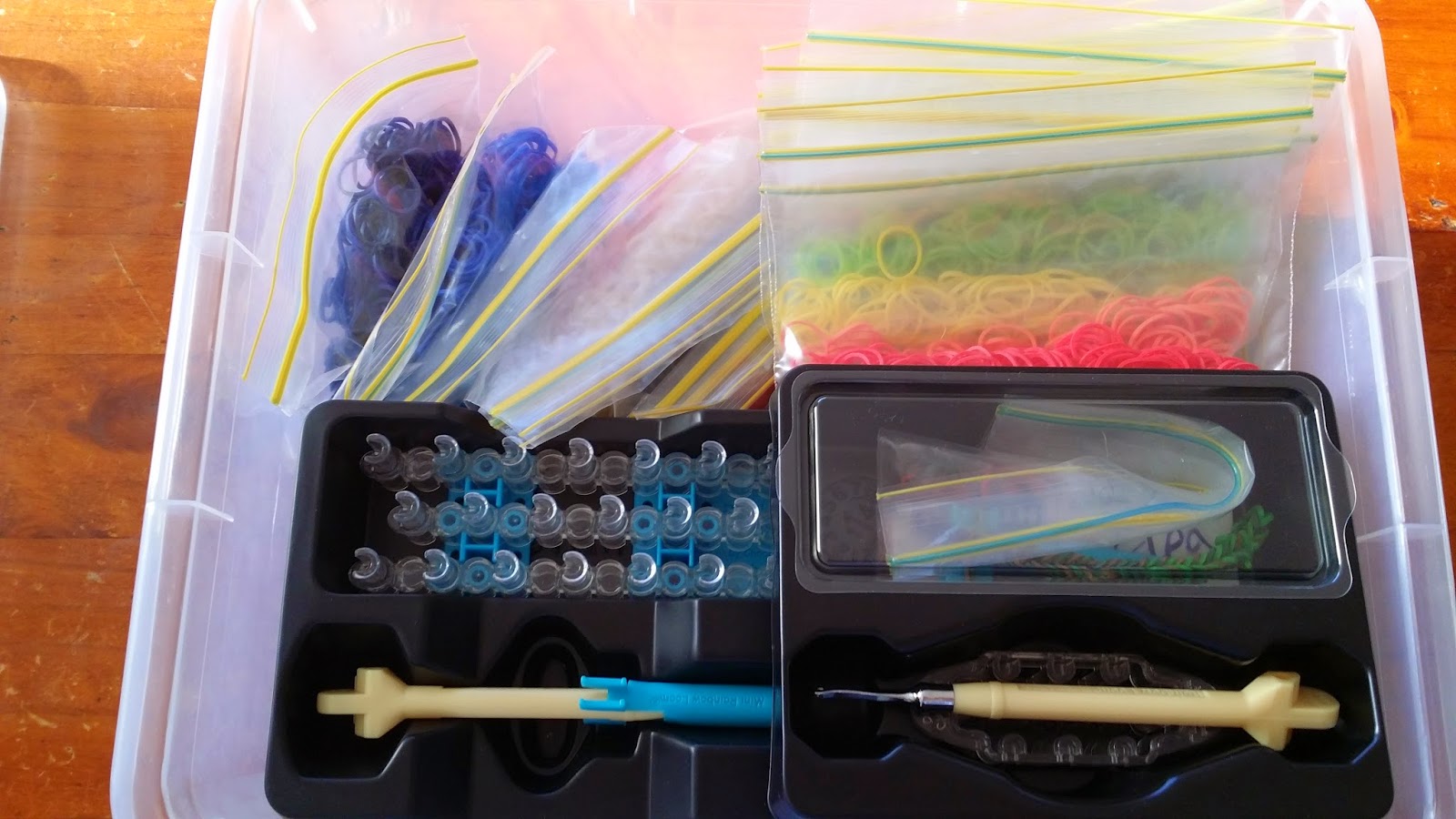 How my storage looks now when I take off the lid.
The insert from the Monster Loom packaging has the Monster loom, hook, a project Mr 9.5 is working on is currently still hooked into the blue part in the section with the plastic cover.  This section also has the re-purposed ziplock bag of used bands for practicing. 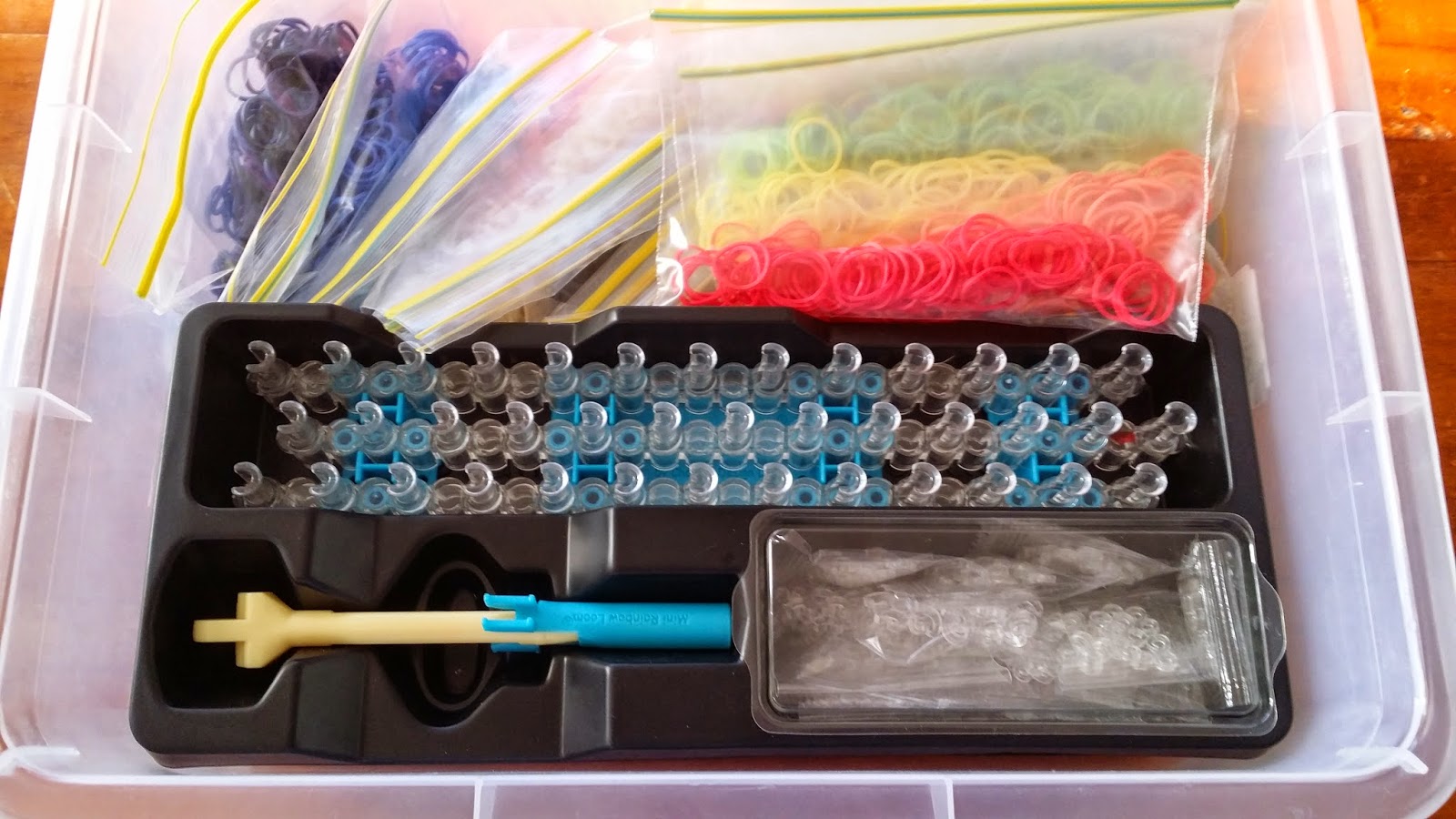 Second layer.
This photo shows more clearly the genuine bands stored on top of the knock offs in the opposite direction.
Rainbow Loom insert holds a Rainbow Loom, tool and all the c and s clips that came with the kits and extra bands. 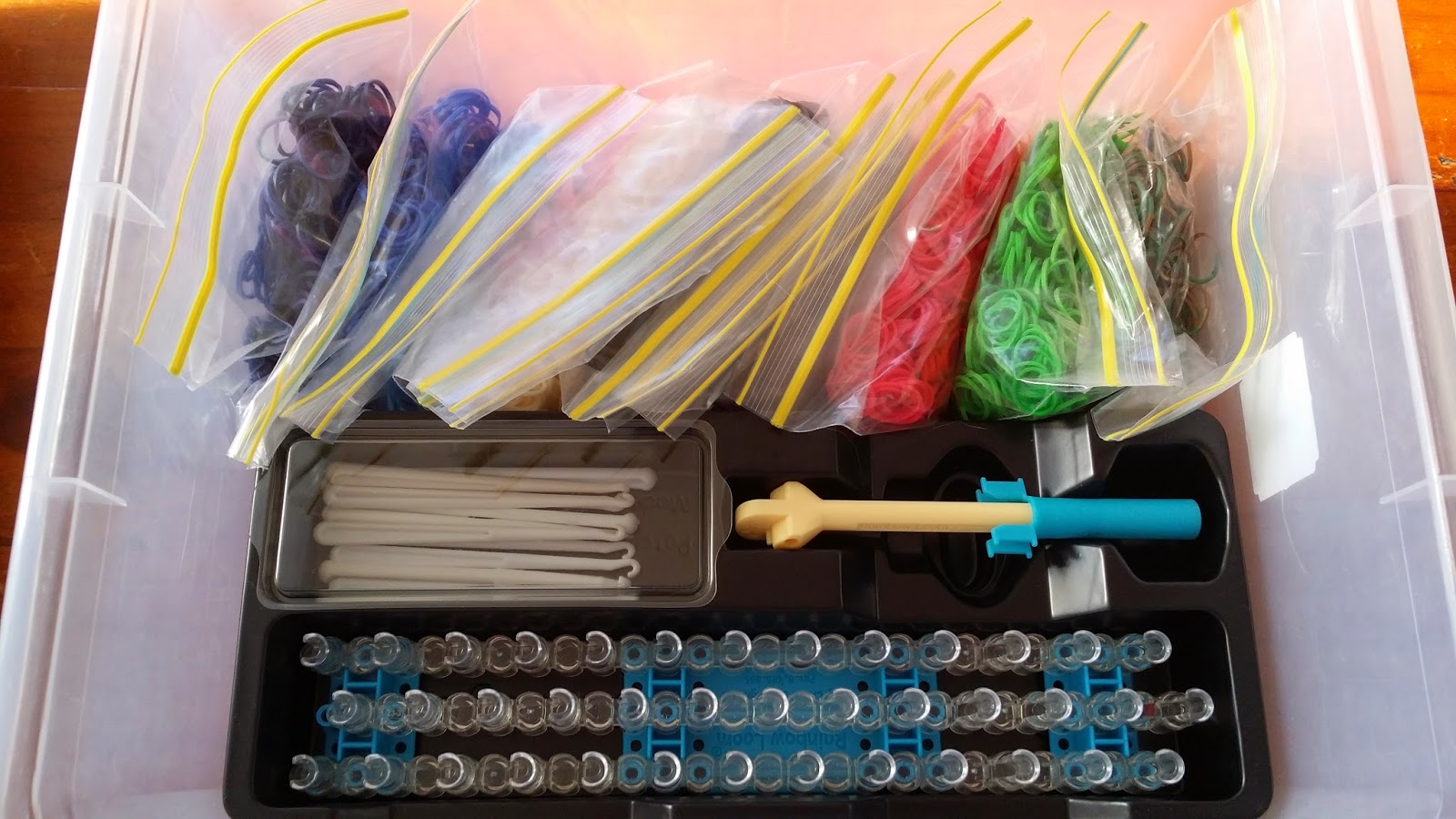 Final layer.
Knock off bands (and the red and black that I can't sort the genuine from the knock off), Rainbow loom, tool and in the compartment with the plastic cover all the spare hooks that came with the extra bands. 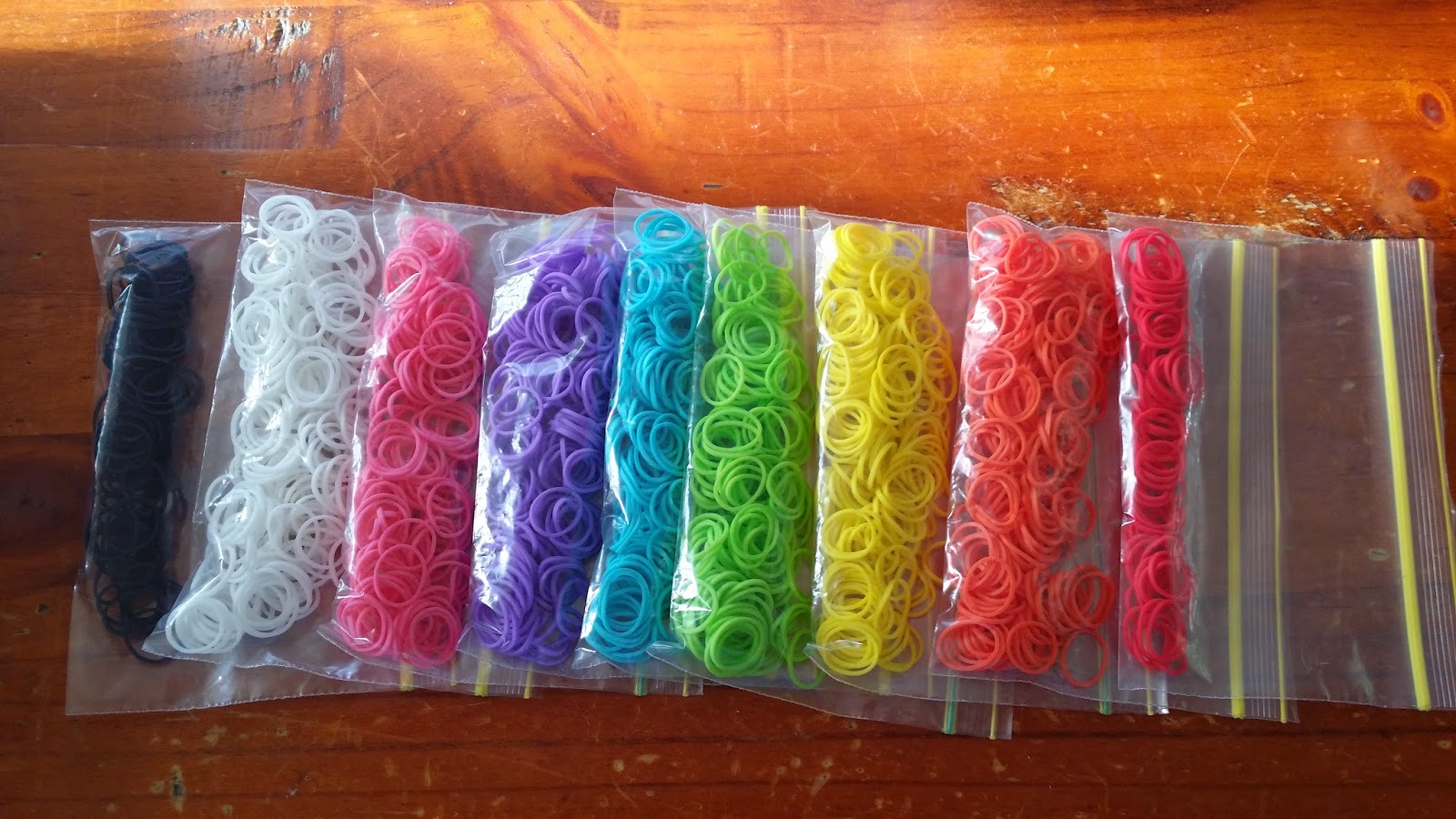 The genuine bands from sorted by colour, not many red and black due to the mix up but all the other colours are from the 3 kits. 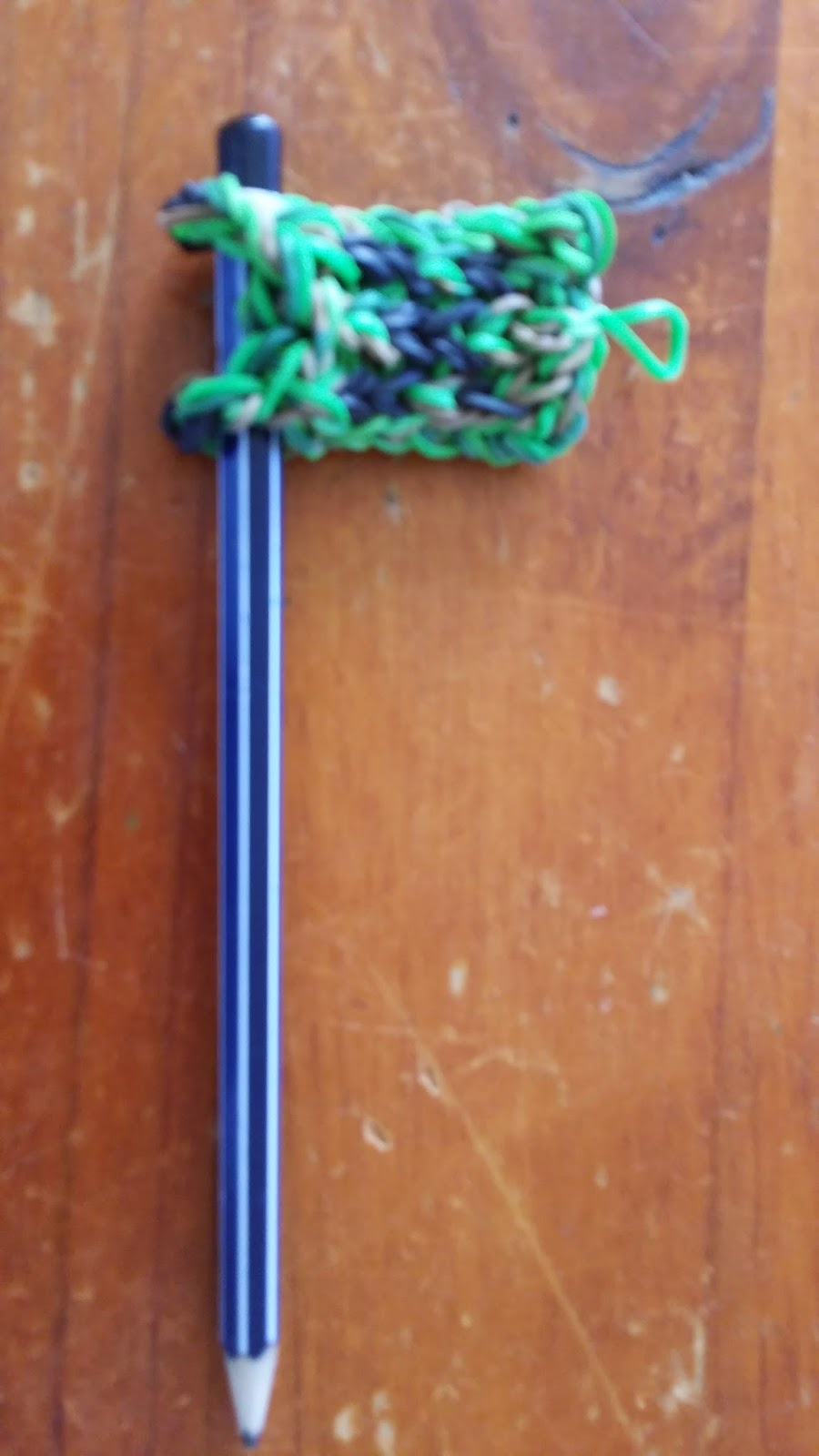 Super cute Minecraft Creeper Pencil Hugger I made to get the boys even more excited, click on the link to see the tutorial I followed.


They have a long list of things they want me to help them make and I have fallen in love with How To Loom Your Dragon
I am a little worried I may wind up lacking time to do other things I need to due to all this looming.
Posted by dyspraxic organised scrapper at 07:08