As I went through my photos to pick some out to work with June 20018 Kit I was drawn to this photo of my daughter taken at her first Music camp in 2009.  The realisation that she was just a year old that Mr C in this photo brought up so many emotions.
This photo was taken by the photography class at the camp so I don't have other copies of it.  I noticed on the back of the photopaper that it has signs of acid damage already so I was careful with embellishment placement so I can scan it with the CamScan app and back it up just in case, but my hope is that now that it is out of the envelope it was in and is glued onto acid free paper with acid free glue no further deterioration will occur. 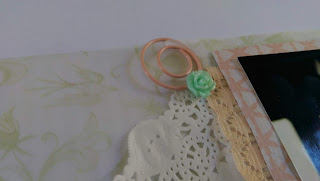 I started by playing with the papers to create layers that I liked and pulled in the peach lace as a layer, I trimmed the lace in half lengthways so I could save the part that would have been under the photo.
I added in a paper doily from the September 2017 Kit and added the clip and a resin flower from the June 2018 Kit.


Once happy with my layers I glued them with Helmar Acid Free Glue.
I glue the resin flower down with Helmar 450 Quick Dry Glue. 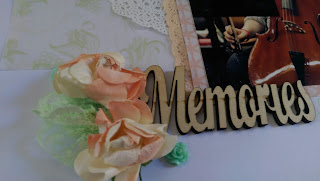 I played with embellishments to create a cluster I like and decided it needed the Corbett Creations Wood Veneer Memories as a title which the cluster of flowers would go against the left side of it.

I have used the lace flower and a base for 2 of the paper roses so it kind of acts like the leaves. 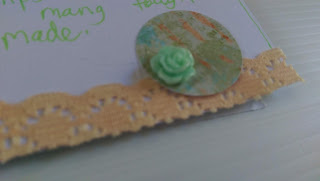 I decided I needed something at the top and bottom so the half of the lace that I had trimmed to save I cut into 2 and glued along the top left and bottom right corners, trimming the overhang.

I felt these needed something more so I added a punched out circle from the mixed media style paper and a resin flower to them. 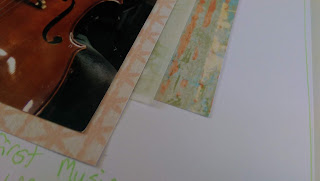 To pull the mixed media paper into the rest of the layout I trimmed a strip from it and tucked it into the right of my layers.


I finished my layout with a doodle border in mint and journalled briefly about the camp in mint next to the wood veneer so the title would connect to the journalling.  There is so much to record about this camp that  I have decided to do a fold out or pull out with journalling about our memories of her going on her first music camp when I next get some scrapping time. 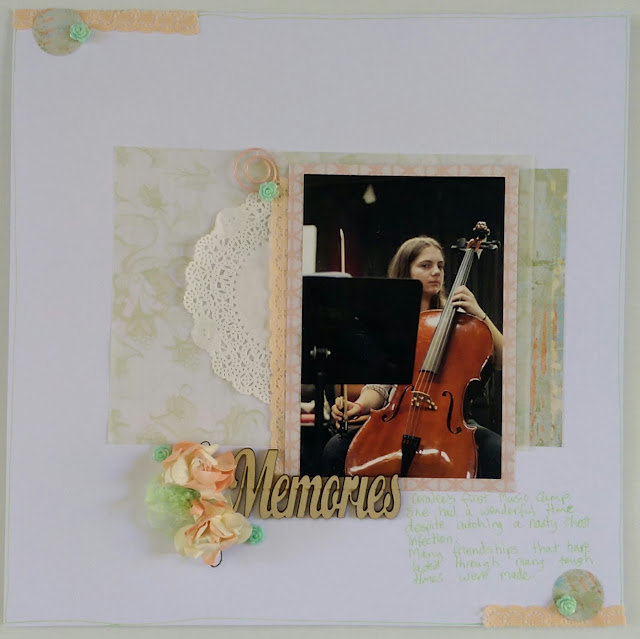 I love how the layout turned out.

There are still a few of the June 2018 Kits left so if you would love one head to the Subscription Tab and fill in the form.

Posted by dyspraxic organised scrapper at 11:26