When Mr C asked for a Pokemon themed 10th Birthday Party this sent me into planning, crafting and shopping mode.
We tossed ideas around and someone suggested we set up a table and have games.
We had enough second hand cards for the boys to have a deck each, though once we started learning about the game we realised it was lacking.
He also wanted to give each guest a pokeball charm made from rainbow loom bands and a little Pokemon.  He wanted his tournament to have prizes and I found a Ash Ketchum hat cheap so he was over the moon.
Due to the amount of cards needed to play 2 games at once and the time involved in each game we had to cap numbers.
After making 2 game boards and buying more cards cheaply I discovered there are starter sets.  You can definitely tell we are new to the card game, my older kids just watched the show and weren't interested in the cards.  So I grabbed a starter set, that leaves us with a proper mat and 2 handmade, the proper tokens and 2 sets of handmade.
Even with all our card purchases as I bought second hand in bulk I have pulled this all off below budget.  Also the boys used their own pocket money to buy half of the cards, I just needed to boost the supplies. 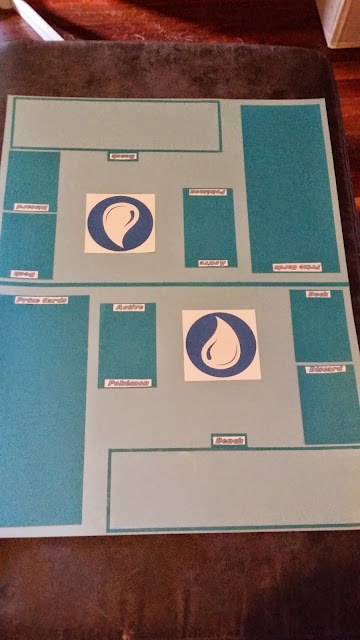 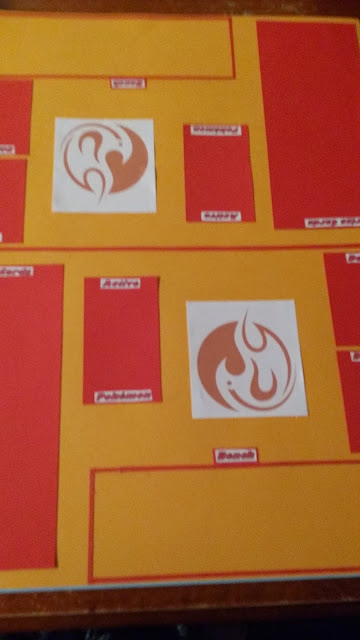 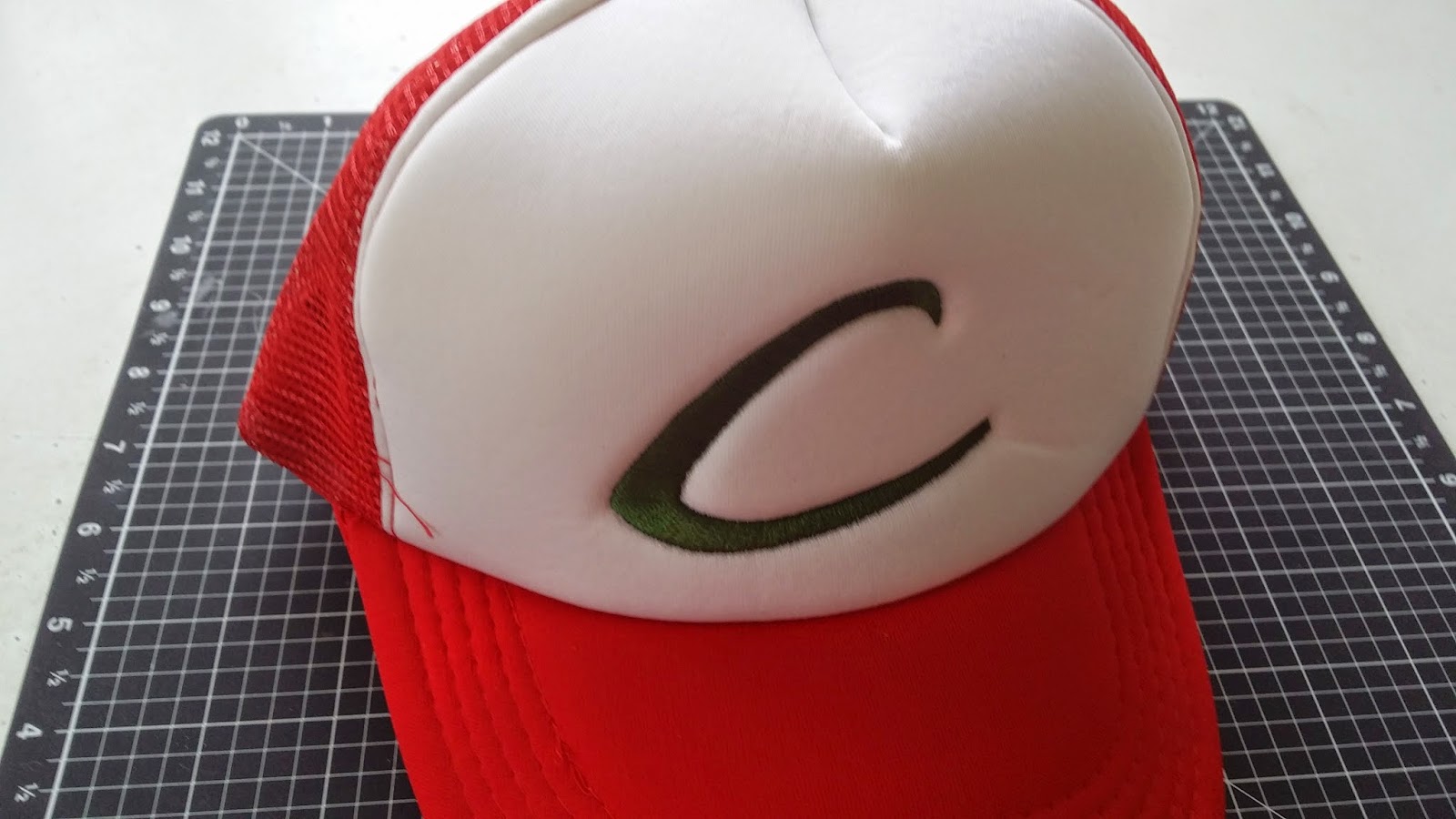 First Prize for our mini tournament I scored for $5.98.
The boys love it. 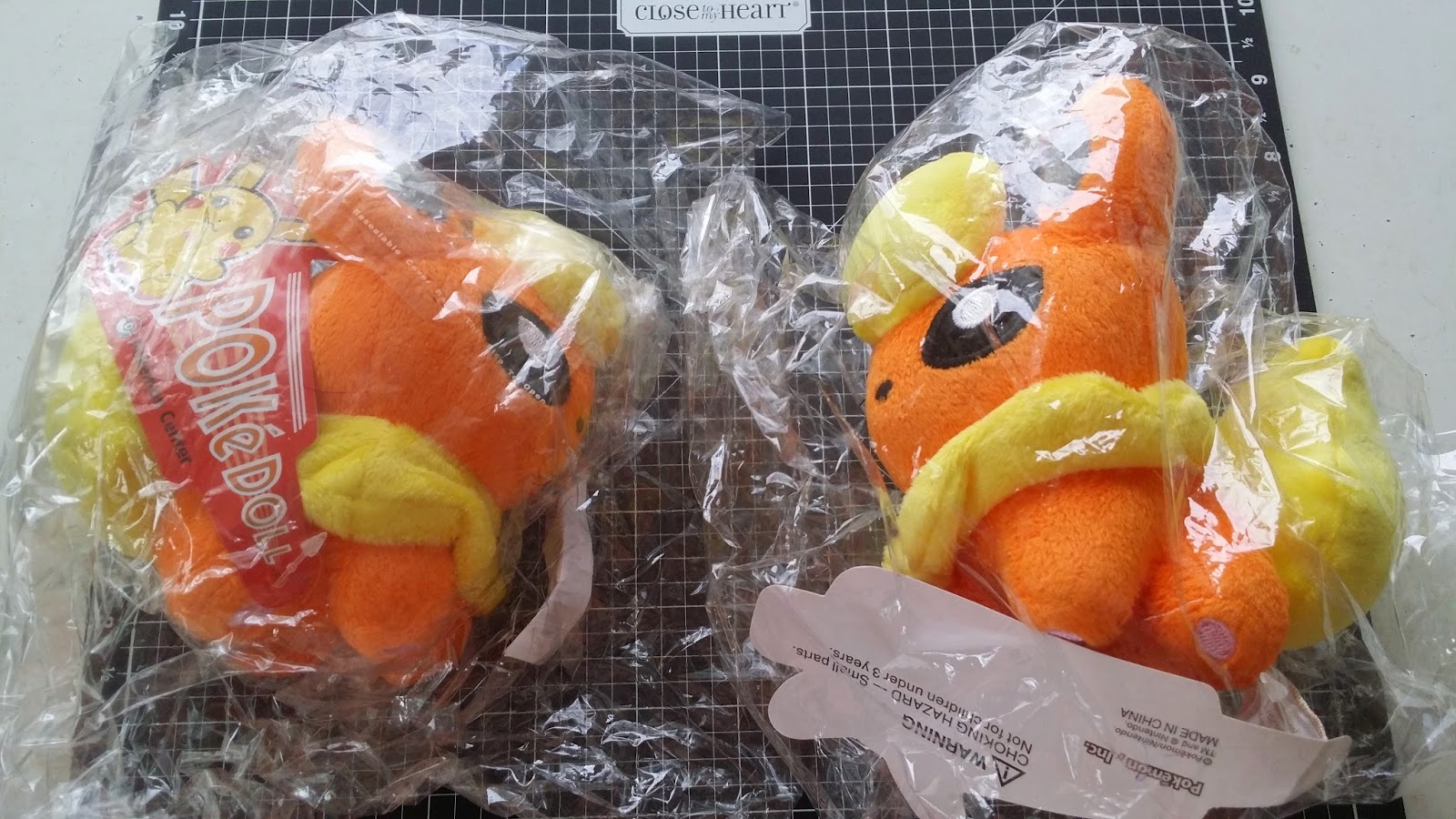 Second and Third place holders with get one of these cuties.

Treat Bags Supplies.
The treat bags will be low on sugary treats as Mr E has Dental Hypoplasia so I have to consider him. 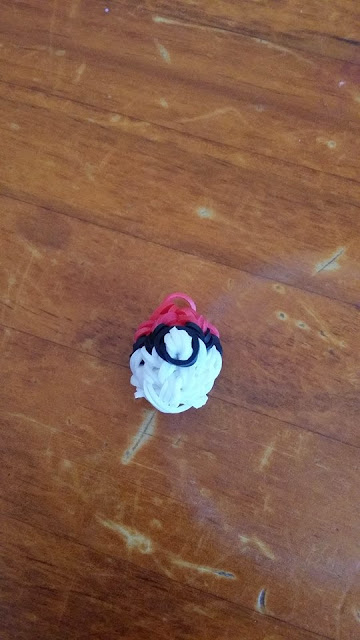 I used this tutorial from Made by Mommy to make pokeball charms.  Making enough was a great way to get some hand therapy in for myself and the boys. 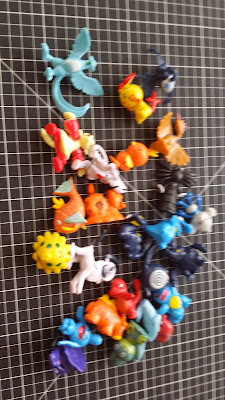 I scored 24 little pokemon figurines at a bargain price, depending on how many guests we have they will each get at least 1 possibly 3. 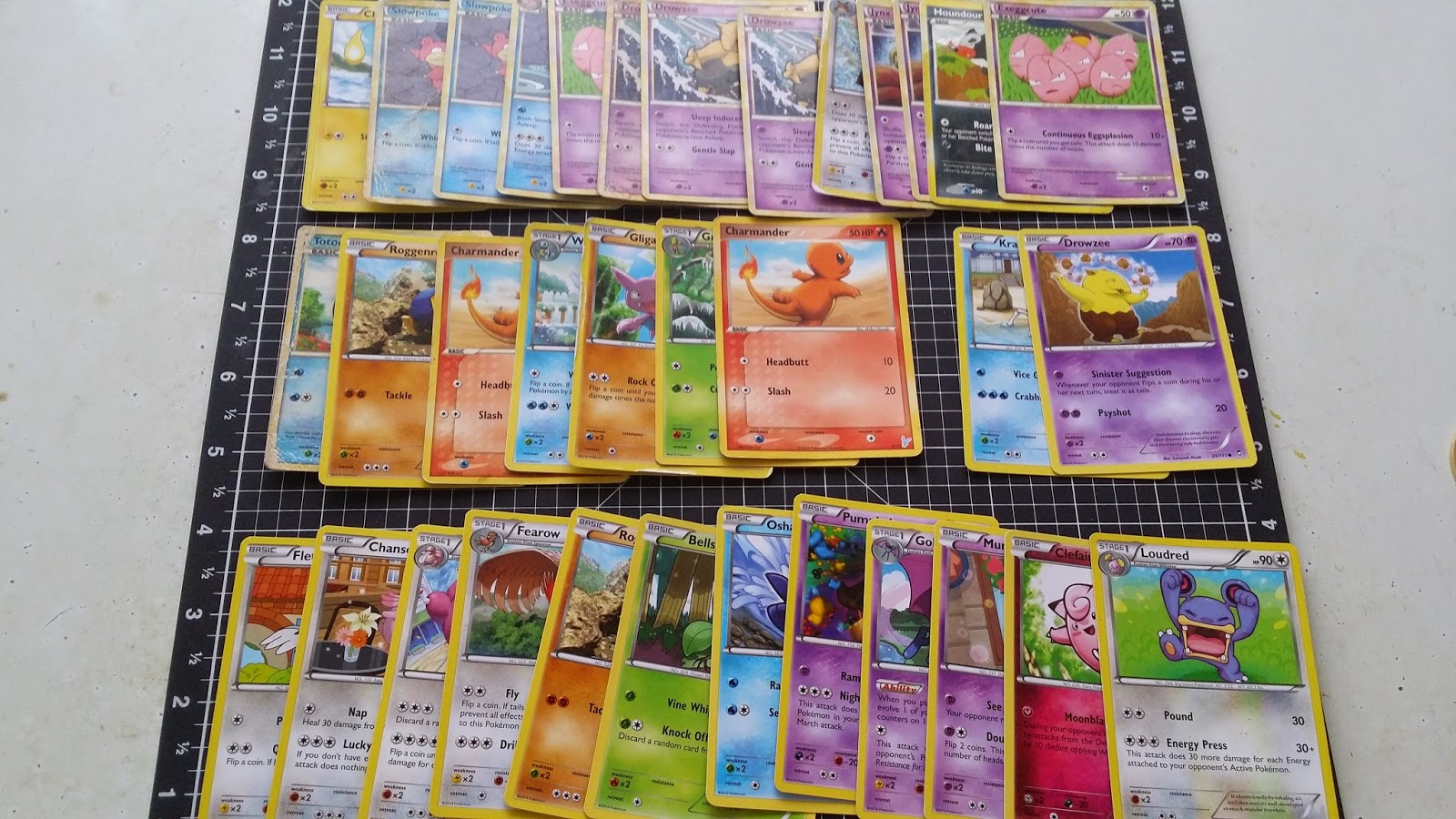 In addition to the cards the boys bought and I bought a bulk lot off ebay and a bulk lot of very worn cards from a local shop that does trades.
I sorted through the boys cards and the extra cards and pulled out the multiples.
Party guests will get 3 cards each in their loot bags. 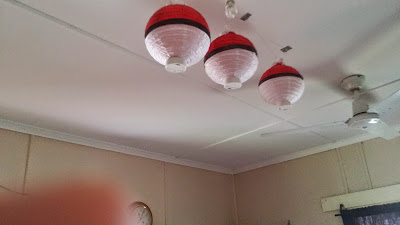 White paper lanterns that my daughter and I painted the top half red and then put masking tape I coloured black with a permanent marker around the middle. 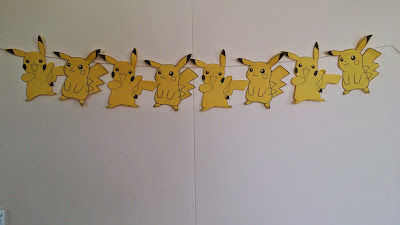 Yellow printer paper with Pikachu colouring in printables printed on it and cut out to form a banner. 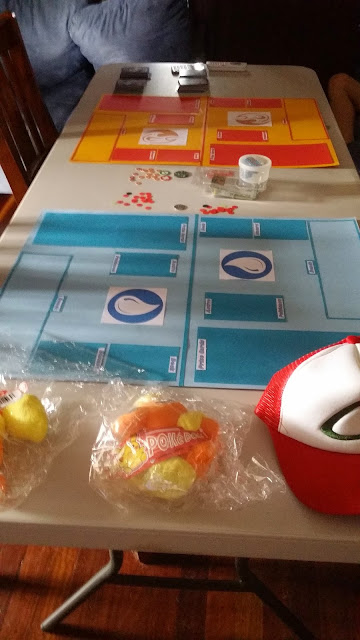 Game table all set up waiting for party guests. 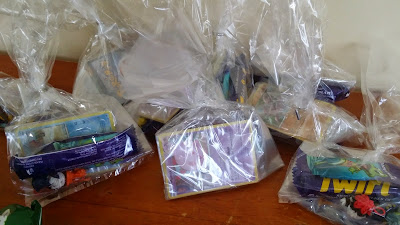 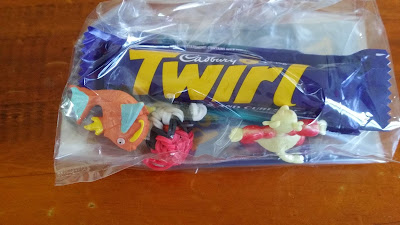 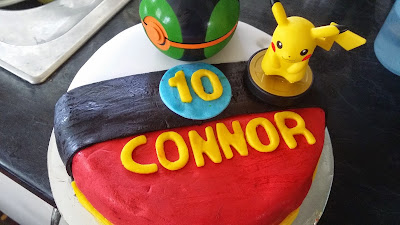 Cake made by my lovely friend Shirlee, unfortunately we were having a very humid day and the figurines she made from fondant collapsed so she replaced them with a toy pokeball and a pikachu she got from the shop, still a awesome cake for my little Pokemon Trainer.


Apart from food I have only spent $75 on this party, that is including decorations, supplies for invites, prizes, extra cards and items for the treat bags.
I was going to bake and create all kinds of themed food but hubby was on a pretty nasty roster in the lead up and after the party and the day of the party was his only day off so with food I went the easy way and just put out chips, store bought muffins, etc.
The kids had a blast, most want to come over regularly and play pokemon, due to time constraints we couldn't play full games so had mini rounds of 20mins and then as time grew short sudden death (first to inflict damage).  Our final it was clear one young boy wanted his friend to win, he had the chance to inflict damage on multiple occasions and didn't take it and when he finally did he gave first prize to his friend.
As for the loot bags they were a hit with all but 1 child but you can't please everyone.
Posted by dyspraxic organised scrapper at 13:20