Block Card aka Step Card for my Nephew's 1st Birthday

As soon as I saw Deb in Card-Making Australia's take on the Block/Step Card with a cute Giraffe on it and having the look of being a toddler's blocks I was inspired to make one for my Nephew's 1st Birthday including making a Punch Art Giraffe. 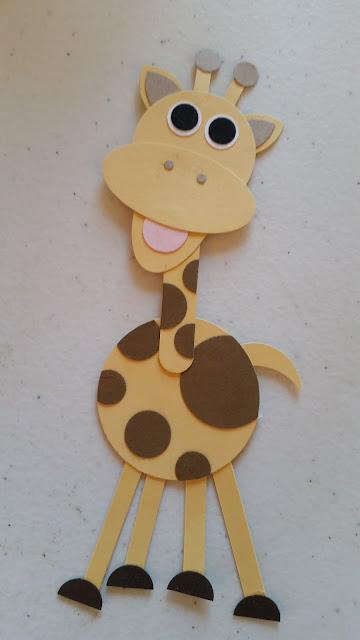 First I made my punch art Giraffe as his height would determine the size of the card.  I found this pin on Pinterest and proceded to figure out how to make him, then after finishing I discovered there was a tutorial.

Instead of using the flower punch for his ears I simply double punched with a 1inch Circle Punch.

I followed this tutorial from Janie for the base of my card however due to the size of my Giraffe I had to increase my size to 11.25 inches x 6.75 inches and score at every 2.25 inches. 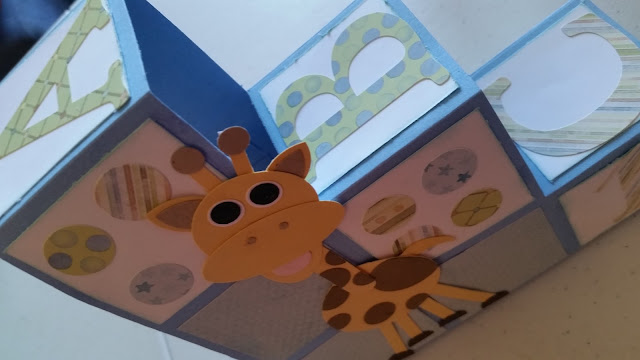 My card was having issues standing up after a while so hubby suggested I reinforced it inside with cross pieces and add a base. I inked the edges of the chipboard base with a nice light blue pigment ink, covered the underside with paper and covered the edge that shows on the top with blue ribbon 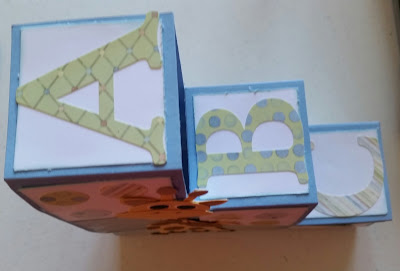 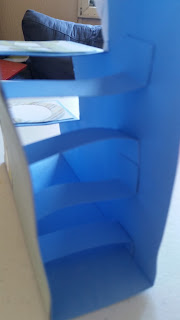 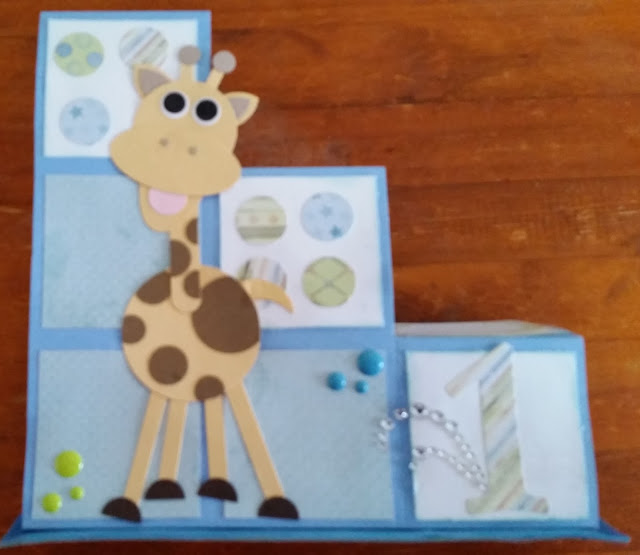 I knew I wanted the number 1 to be a feature on the front so just randomly put dot stickers on the other 2 "blocks".  Some bling and enamel dots to finish off. 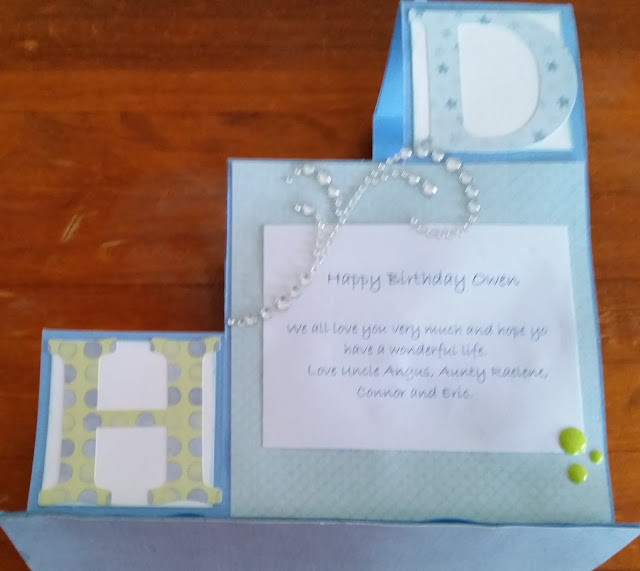 Posted by dyspraxic organised scrapper at 14:41