Connor had a Minecraft themed party for his 9th Birthday in 2014 and Eric had one for his 9th Birthday last year, funny how they seem to have similar wishes at similar ages.
Apologies for the poor picture quality, these were taken over 2 years ago with a inferior camera. 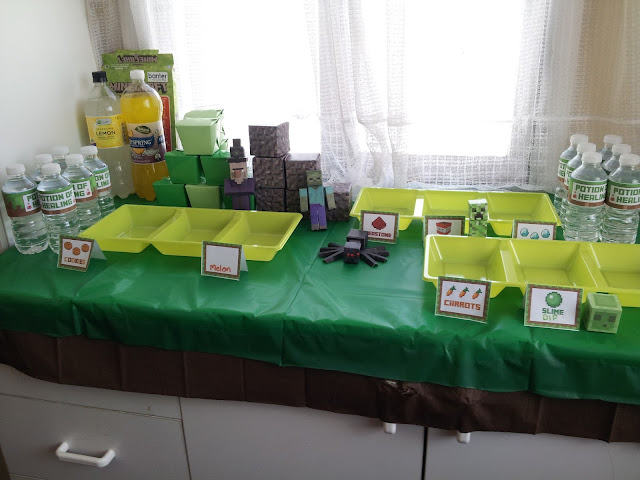 I purchased a couple of packs of the Minecraft Papercraft Sets and put a few pieces together as decoration.
Extra blocks were put out as a activity and each child got to take a block home if they wished.
I got 2 shades of green noodle boxes for treat boxes, some green snack trays and a green & brown plastic table cloth to cover the top of the cupboard.
The water bottle labels, food labels and the banner in the following photo were a free printable I found. 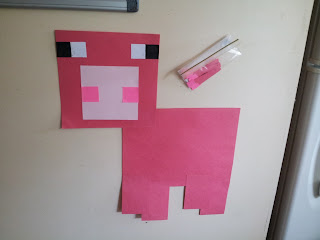 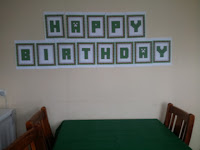 We hung the banner above the table the kids would be doing activities at.

I made a Minecraft Pin The Tail On The Pig with some paper and cardstock, as the kids could feel the legs everyone got the tail in the right place.

The wonderful cake my friend Shirlee made for Connor 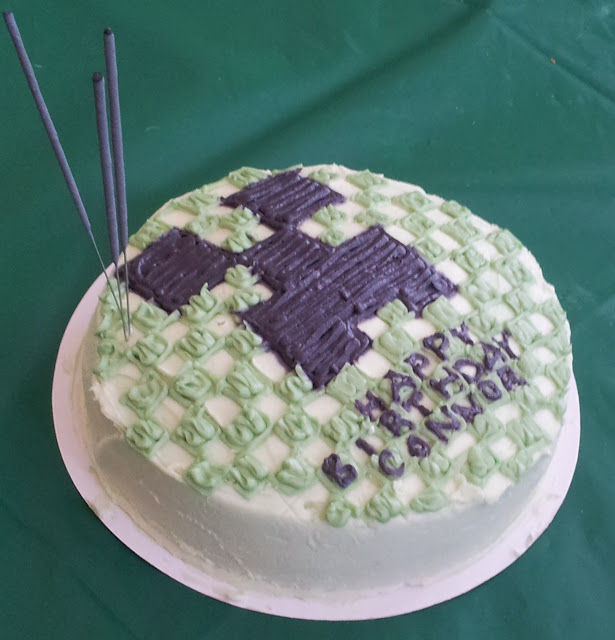 Food list and Slim Dip Recipe below, unfortunately no photos for the food out were taken as the kids demolished it very quickly once it was out.. 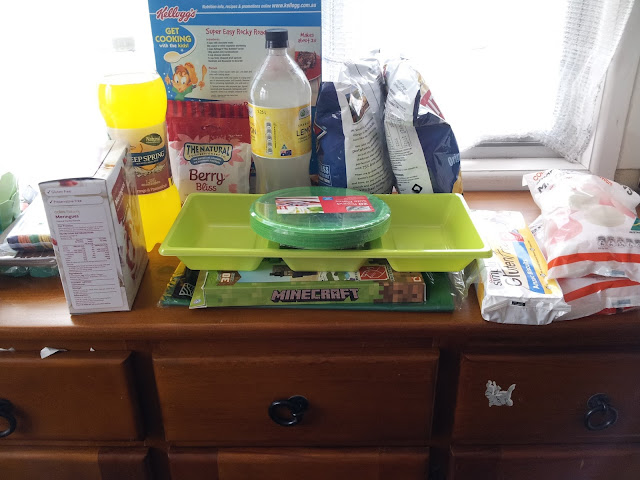 I grabbed some Natural Confectionary Company Berry Bliss lollies for Red Rock, Red Liquorice for TNT, Mini Meringues for Diamonds, as I had to cater to some food intolerances I got some Gluten Free biscuits for Cookies, some Rockmelon for Melon and cut some Carrot Sticks for the kids to dip into the Slime Dip. I also made some Chocolate Rice Treats with Green Icing for Grass Blocks.

Slime Dip - Also known as Herbology Dip at Connor's Harry Potter Themed Birthday in 2013 and Hulk Dip at Eric's Super Hero Birthday in 2014 (I used purple carrots for carrot sticks at these parties and they were a huge hit).
This is very simple to make.  Take a tub of Cream Cheese, a lump or 2 of frozen finely shredded spinach that has been thawed add some finely diced chives and mix together and refrigerate until you need to serve it.

When I find the photos of Eric's Minecraft party set up I will add them to this post.

Posted by dyspraxic organised scrapper at 07:10