I can now share some of the Pocket Letters Mr E and I sent last year as I have heard back that everyone got theirs.
I will also include the ones we received.

Firstly Mr E loves getting mail so when I found this new concept in Happy Mail I jumped on board.  I asked in the Australian group if anyone had children that would like to swap with Mr E and 1 person did and a few others wanted to send him a Pocket Letter.

He loves Dinosaurs and Dr Who among other things so he went with a theme that represented the Dinosaurs on a Spaceship episode to combine 2 of his favourite things for 2 of his Pocket Letter Pals as they were Dr Who fans and a Dinosaur theme for the other 2.. 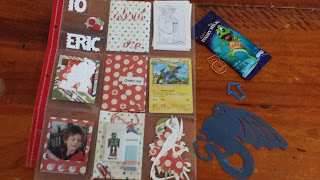 Mr E received this lovely letter from Maria's son, full of die cut dragons and dinosaurs.
He loved it. 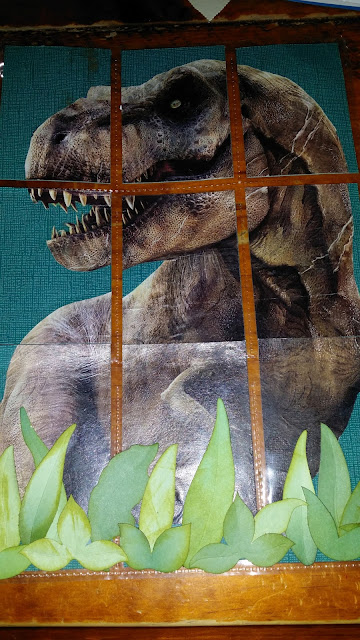 Karen sent Mr E this fantastic dinosaur themed Pocket Letter.
The Dinosaur has texture to it, he loves it so much.
Her granddaughter drew him a picture of Ash which he treasures.
He loved getting mail. 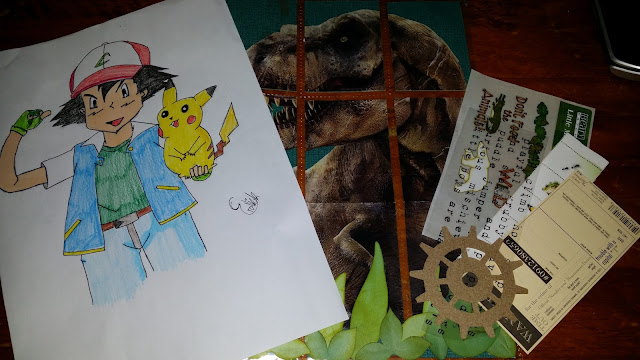 Mr E received this Pocket Letter with a Lego Mini Figure from Amelia. 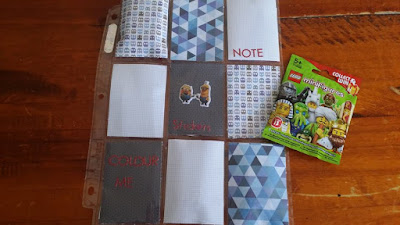 For Karen he decided to not go with a Dinosaur theme and chose some paper from my stash and selected things with similar colours to add into it. 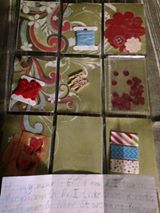 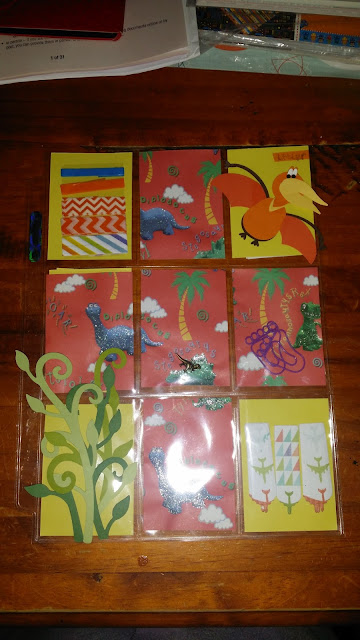 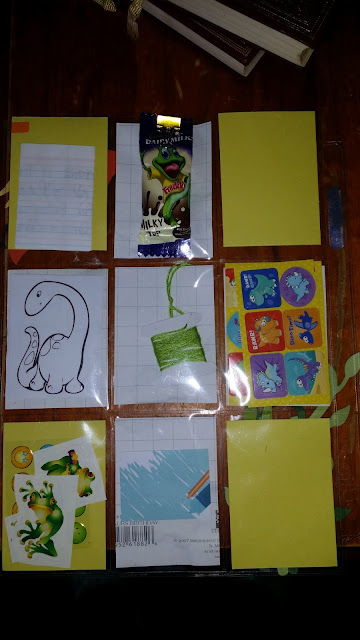 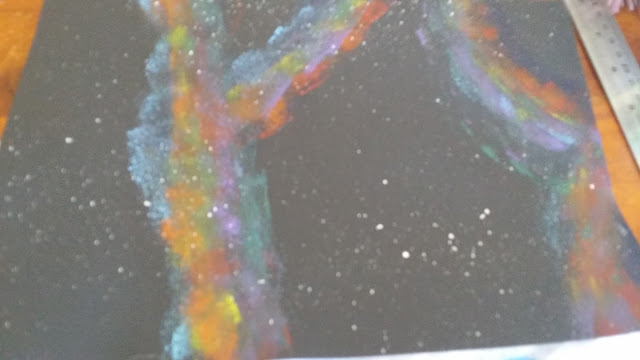 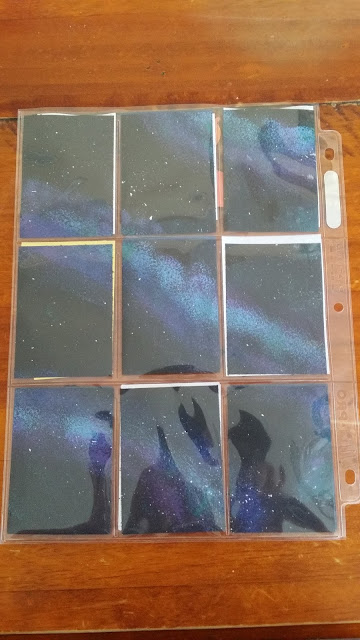 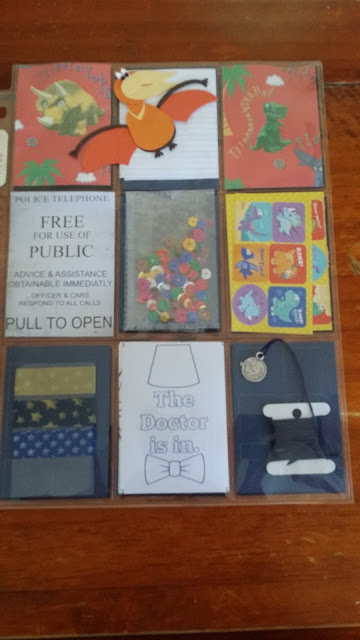 Karen kindly included a Pocket Letter for me with Mr E's letter, my first Pocket Letter, Yay :D
I love reading the notes. 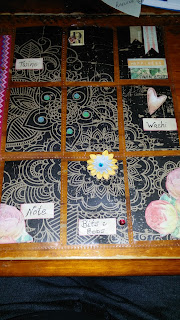 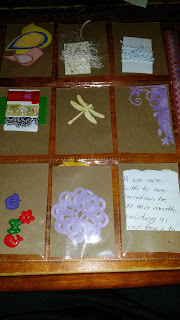 Here is my very first Pocket Letter which I sent to Karen.  I had so much fun making this. 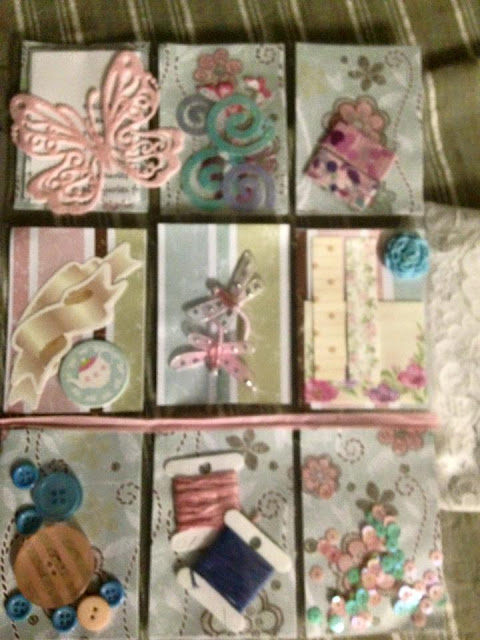 I asked in the group if there were any Firefly fans and 2 ladies responded that they would love to do a Firefly themed swap.  One is still on it's way to me but here are some pics of the amazing Firefly Themed Pocket Letter Trina sent me. 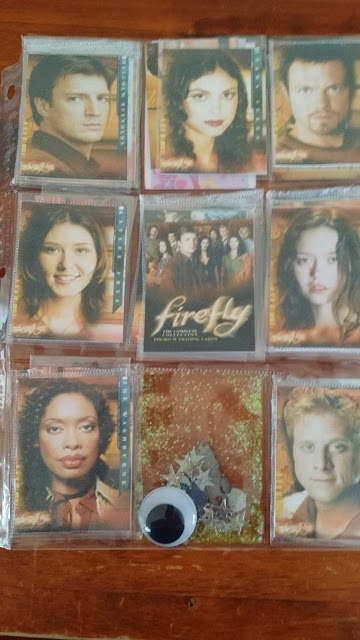 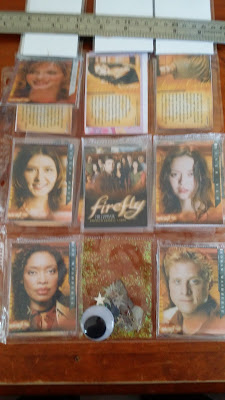 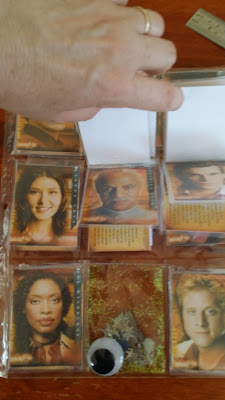 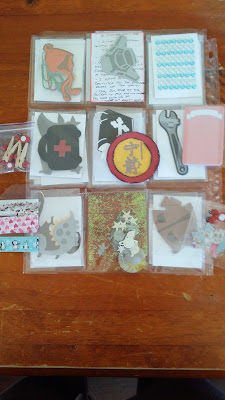 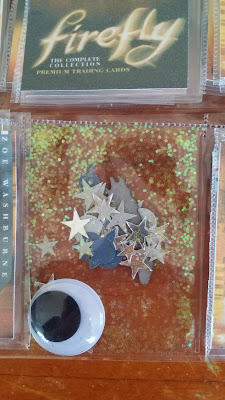 Here are the Firefly themed Pocket Letters I sent.
I used some vintage lace from my Mum's collection to wrap around the Pocket Letters to hold them in place for the mail but I also cut off a small piece and put it on a coathanger paper clip to represent Kaylee's dress.
I included various charms on some orange embroidery floss attached to the binder holes (from memory a book, teddy, dinosaur and coat).

I painted Galaxies with Mr E with these Pocket Letters in mind.
The pink sticky notes reminded me of Kaylee's dress so I had to add some. 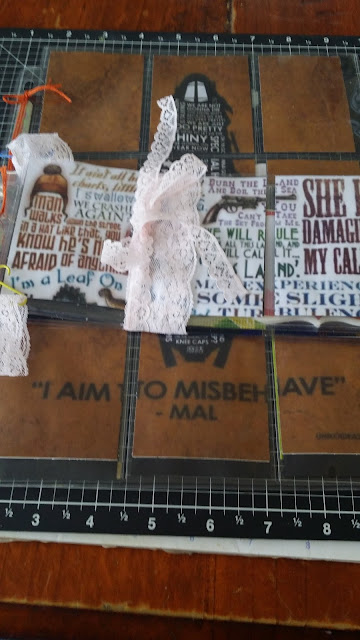 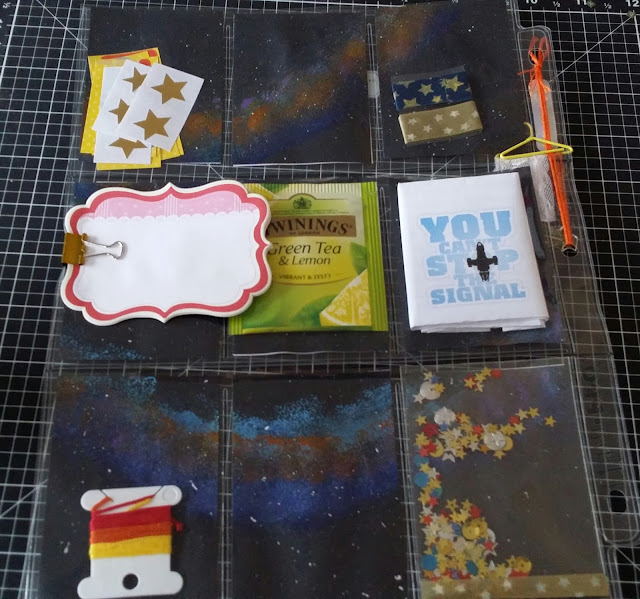 Posted by dyspraxic organised scrapper at 08:41